PGA Championship to be Broadcast Live on the BBC

Following the shock revelation that Sky Sports had failed to agree a new contract with the PGA of America to show the final major of the year, the BBC has fended off the likes of BT Sport and Twitter to secure a contract that will see next month's PGA Championship air live on public television, making the showpiece from Quail Hollow in North Carolina widely available.

Just days after Sky had unveiled its dedicated golf channel, The Guardian reported that an agreement had failed to be reached for the PGA, with organisers seeking a wider form of distribution for their championship. The PGA of America's chief commercial officer, Jeff Price had said: “It was a multi-year deal that was up. Ultimately one of the key things for us is scale of distribution and obviously with all the new platforms that consumers are engaging with, we want to make sure we reach all of them.”

“Broad distribution, multi-platform distribution is the key objective for us,” he added. “I’m not in a position yet to share all the details but we want the ability to engage golf fans of all ages across all platforms.

“We want the broadest distribution we can possibly have and are very excited about the plan we have in place.” 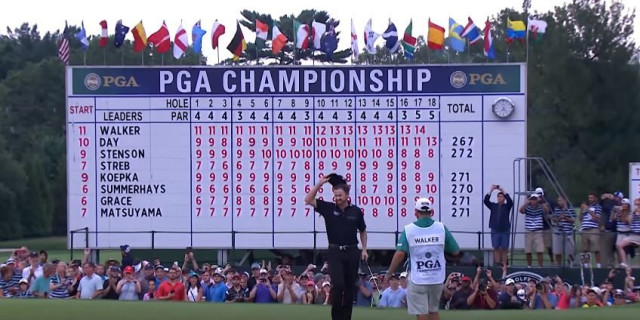 The BBC's wide reach and social media capability has appealed to the PGA of America, who have signed a multi-year deal with the corporation, who also retain live right of the final two days of the Masters. As reported by the Telegraph. It's a blow for Sky Sports, who became the home of all four majors in 2016, but that hegemony has been spectacularly shattered.

What do you think of the final major of the year moving to the BBC? Are you a non-Sky subscriber delighted with the chance to see live golf again, or are you disappointed that the pay channel has lost the rights of the PGA?