NO MATTER what else Alex Noren goes on to achieve in his golfing career, it is safe to say that he will never forget 2016. It seems that everything he has touched has turned to gold, especially in the second half of the season.

Most people would have settled for three tournament wins, especially since the Swede went into the final round of the Nedbank Challenge trailing 54-hole leader Jeungun Wang by six shots.Wang had played superbly for three days and the South Korean looked to be untouchable in the penultimate event of the Race to Dubai.

But Noren had other ideas and reduced the feasrome Sun City course to 63 shots and finished up beating Wang, who had a day he will not want to remember for long, by six shots. In other words, he made up 12 shots in 18 holes as he won his fourth title of the year and moved to third in the Race to Dubai.

With just the season-ending Dubai World Championship at Jumeirah Golf Estates to play, four men are still in with a chance of finishing on top - Henrik Stenson, who currently leads the way, Danny Willett, who led it for much of the year, Noren and Rory McIlroy, winner of the FedEx Cup playoffs on the PGA Tour. It promises to be a fascinating climax to a remarkable year. 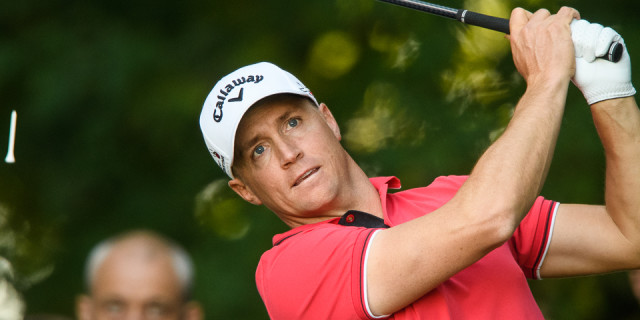 Noren recorded an eagle, eight birdies and a solitary bogey to finish the week on 14 under par.  Wang, who led the field by three, was second, one ahead of Ricardo Gouveia, Alejandro Cañizares, Victor Dubuisson, home favourite Branden Grace and Andy Sullivan. Stenson birdiedthe last to finish eighth on six under, while Willett closed with a 69 to finish three under and keep in touch with Stenson.

Noren made an astonishing start to his round. He knew that he required something special and duly birdied the first, second, third, fifth, seventh and eighth holes through a combination of fabulous approach shots and a wonderful touch on the greens.

With Wang running up a double-bogey at the eighth, Noren suddenly found himself one ahead before the South Korean birdied the ninth to regain a share of the lead.

The 34-year-old Swede was not be denied, however, and an eagle at the 10th and birdie at the 11th, when he holed a chip, took him to 14 under and in control. He dropped his only shot of the day at the 14th but holed an eight-foot putt for birdie at the 16th and with Wang carding bogeys at the 15th, 16th and 18th, Noren secured his eighth European Tour title by six shots. 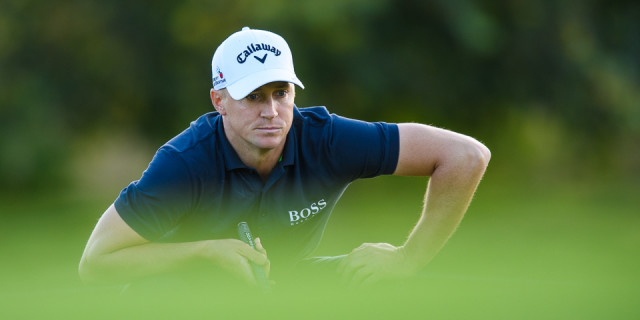 He was delighted to win in his first appearance in the tournament. "I've tried to get in this tournament for so many years, and when I got in here, ending up winning, it feels unbelievable," Noren said. "Me and my caddie worked on a lot to try to go for the right places on the greens, because there's so many tricky pins here.

"All I was trying to do was hit the right shots at the right pieces of the green and putt uphill, and then not make too many bogeys. Because around here, I think you've got a few birdie chances.

“The front pins are easier and I think you've got a lot of opportunities, and if you just manage those little tricky ones, not making too many bogeys, you've got a chance around here.”

Gouveia and Dubuisson will join Noren in Dubai next week, with their joint third-place finishes taking them up to 53rd and 47th respectively in the rankings. South African Jaco van Zyl will also be in Dubai after he finished tenth on four under to move to 56th place.

Looking ahead to next week, Stenson said: "Alex playing as well as he does just motivates me even more to bring my game next week and then try and be up there."

Meanwhile in Mexico, 40-year-old Pat Perez ended a seven-year wait for his second PGA Tour title when he won the OHL Classic at Mayakoba. Perez shot a final round of 67 for a 21-under-par total of 263, which was good enough to beat 54-hole leader Gary Woodland by two shots, with Scotland's Russell Knox a further shot adrift. Ireland's Seamus Power,who began the day in fourth place, stumbled to a 76 and had to settle for a share of 28th place.

During his 18-year professional career, Perez has been more famous for his volcanic temper than for anything he has achieved on the golf course. His temper tantrums have grabbed more headlines than his play and have cost him a great deal of money, not to mention several titles.

But Perez was making only his third start after an injury lay-off and it may just be that he has finally learnt to douse the volcano. A four-under par 67 following a 62 in the third round on Saturday sealed the deal for him at the El Camaleon GC in Playa del Carmen, Mexico.

His worst meltdown came at the AT&T Pebble Beach National Pro-Am in 2002 and was so bad that the PGA Tour recommended he seek anger management therapy. Perez declined.

Hopefully, the time off in 2016 has allowed him to work on getting his emotions in check and finding a more positive attitude, and this win will surely have helped.

“The layoff was great,” he said. “I think I needed it mentally and physically after 18 years of playing professionally. It was just kind of a nice break. I’m so stubborn I needed a forced break.

“I just felt comfortable. I’ve just been on this different attitude the last couple of weeks where I just try to stay aggressive and try to think of the right shot and a good shot and not worry about what happens. It’s really worked. I’ve been working on it the last nine months, since I got hurt. Just trying to work on a new aggressive attitude.”

Apart from a bogey at the 12th, Perez cruised through the back nine. His cause was helped by the fact that none of his closest pursuers could put any pressure on him.

“I was really calm all day,” he said. “Like I've said, I’ve got this aggressive type attitude. I just had a lot of confidence when I came back. I started about 10 weeks ago. I didn’t think it was going to happen this fast, but I thought it was going to be pretty successful when I did come back.”