Recently named 'England's Best Golf Course' at last year's World Golf Awards, the legendary Brabazon Course, which has hosted four Ryder Cups, has been lauded with further praise from the 59Club benchmarking programme, who have scored the venue extremely highly for its immaculate conditioning. However, The Belfry's Director of Golf Courses, Angus Macleod, and his team of green staff haven't been content with lavishing in those compliments, but have undertaken a series of course improvements that are set to reinvigorate this iconic layout.

The 59Club conducts ‘Mystery Shopper’ audits at leading venues across the UK to provide an industry standard for quality of facilities and level of service, allowing golf resorts to benchmark their performance against competitor venues. This process accounts for every aspect of the golf experience, from the initial booking, through to the welcome, course condition and post-golf facilities.

The Brabazon course has received exceptional results from the 59Club, with a 2015 audit score of 92.8%, including an incredible 98.5% in the October audit for its pristine conditioning and playability. The impressive full year audit score was well above the 85% threshold required for a Gold Standard performance. 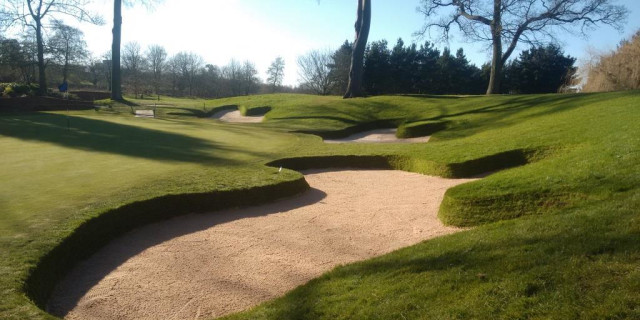 Ian Knox, The Belfry’s Director of Golf, commented: “This incredible feedback that we have received for the impeccable standards of the golf courses, specifically The Brabazon, is just testament to the continued outstanding work of Angus and his team. Their knowledge and commitment is second to none, and I share their excitement in continuing to improve The Brabazon experience for our guests.”

Despite these accolades for The Brabazon, Angus Macleod and his team of green staff have been working on a series of improvements to certain holes in order to enhance the course’s visual appeal and playability. This has been specifically apparent on the iconic risk-and-reward 10th hole, where three individual bunkers have been installed, in place of the one large bunker around the green, reminiscent of how they were during the 2002 Ryder Cup.

“The 10th hole will always be well-known across the world, but we wanted to bring a modern twist to the design in order to create more of a visual impact from the tee,” stated Macleod. “So we have gone back to three ‘affinity’ bunkers around the green, which sit tight to the sides of the green, but have not compromised the shape.”

Further changes have been made to the 11th hole, where Macleod and his team have designed three new bunkers, two on the right, one on the left, in place of the two that were there previously, to better frame the green. “Following the world famous 10th hole, the 11th was a little pedestrian and the bunkers around the green weren’t of the best quality, so we felt that these changes bring the approach shot to life by aligning the green with the fairway and giving the golfer something to think about.” 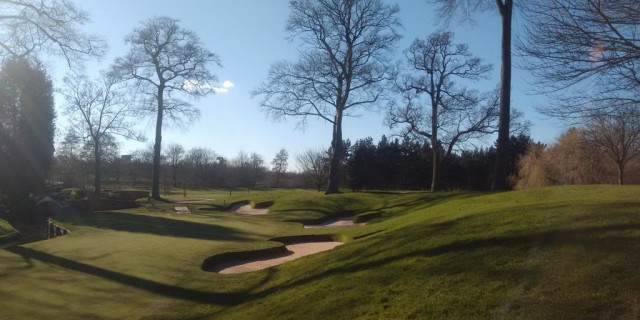 Finally, the water feature on the 12th hole is going to be modernised to freshen the look of the challenging Par 3. “We are redesigning the water feature to the right of the green, so that the water will cascade down onto the rocks below. Our aim is to make this into more of a three dimensional hazard, which catches the eye from the tee.”

“We wanted to utilise all of the team’s understanding of the golf course to implement changes that will enhance golfers’ experiences, whilst continuing to improve playability. We wanted to be bold with the changes that we made, but obviously didn’t want to take anything away from the legendary layout,” summarised Macleod.