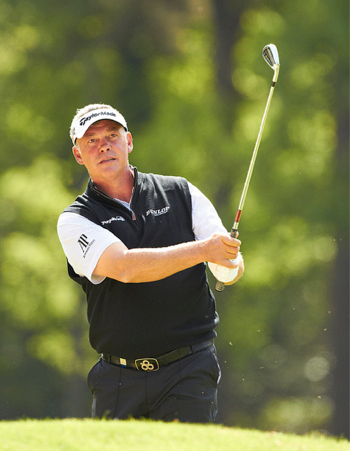 of Excellence (DCCOE) – the only one of its kind in continental Europe – and has now cemented the partnership further with the tour being rebranded ‘The 2015 Darren Clarke Golf Tour, in association with Donnafugata Golf Resort & SPA’.
The 2015 DCGT will see more than 100 youngsters battling it out at a series of eight events across southern and northern regions of Ireland, competing for the chance to qualify for the grand final – with a luxury golf holiday to Donnafugata on offer to the winner.

Director of Darren Clarke Golf, Andy Peoples, said: “Having Donnafugata as an official partner for the DCGT is brilliant news and further strengthens our relationship with this wonderful golf resort.

“The facilities are some of the best in Europe and, coupled with its tranquil setting, offers the perfect golf improvement environment. I am sure the winner will be overjoyed at the prospect of winning the golf break of a lifetime.”
Guy Roberts, director of golf at Donnafugata Golf Resort & SPA, said: “We have been delighted with the response that we received since working with Andy and the rest of the Darren Clarke Golf team.

“It is a great honour for us to have opened the only Darren Clarke Centre of Excellence in mainland Europe and extending the relationship with the Darren Clarke brand shows the high regard that the Resort is held in across the UK, Ireland and beyond.”

It was a great honour for the Resort when we opened the new Darren Clarke Centre of Excellence and we’re delighted to have been given the chance to take the relationship a step further.

“Winning an event like this is a great achievement and we’re looking forward to welcoming the winners and offering them an experience they will never forget, with the opportunity to use some of the finest new golf facilities in Europe.”

Thirteen-year-old Darren Scott fought off fierce competition in 2014 to claim a luxury holiday for two to Donnafugata, which he plans to take later this year. Not only will he enjoy the stunning facilities of the five-star resort but he will also have the opportunity to play golf on Donnafugata’s two courses, the Links and Parkland – host of the Sicilian Open in 2011.

Golf visitor numbers to Donnafugata Golf Resort & SPA from the UK and Ireland have soared over the last two years, and advanced bookings are more than 25 per cent ahead of last year

Golfers wishing to partake in the Darren Clarke Centre of Excellence have a choice of three tuition programmes depending on length of stay, with prices starting from €275 (£229 approx).

Available to golfers of all abilities aged six years and above, the centre offers expert teaching under the guidance of the resort’s head professional, Davide Terrinoni, with individual 50-minute lessons costing €65.

Located just 20 minutes away from Comiso airport and set in the beautiful area of Donnafugata, a natural reserve and famous tourist destination known for the imposing castle which bears the same name, the resort also boasts a number of fantastic historical cities nearby. These include Val di Noto, the heart of Sicilian baroque: Ragusa Ibla, Modica, Noto and Scicli. All of them are deemed fitting of UNESCO World Heritage status.

25 Must Play Golf Courses This Spring

Must Play Scottish Golf Courses in 2021