Scotland's two great passions - golf and whisky - come together in an exclusive package currently available from the stunning five-star Fairmont St Andrews, the luxury resort at the Home of Golf.

The ‘Divots & Drams' package, which is available from May until the end of September, offers a round of golf on either of the resort's two famed championship courses - the Torrance and the Kittocks - and a tour of the nearby Kingsbarns Distillery, one of Scotland's newest, with a visit to the exhibition therein and a tasting, with advice and assistance from a tour guide.

In addition, the deal, which costs from £199 per person (based on double occupancy), also includes overnight B&B accommodation and a three-course dinner - including a dram of the Wemyss whisky, one of the family-owned malts available at the distillery - in the resort's newly refurbished clubhouse restaurant, which affords stunning views of the bay. 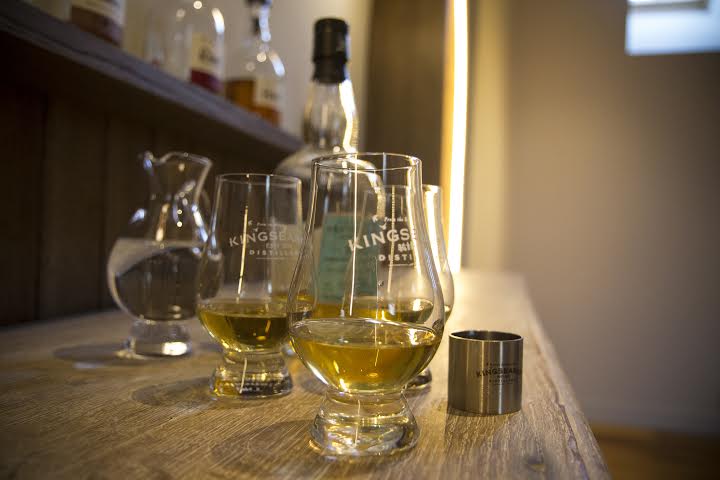 It was while working as a golf caddie that Douglas Clement was inspired to envisage a distillery at Kingsbarns. His determined belief in the project and an unfettered passion for single malt whisky has been instrumental in bringing the dream to life, a dream which now culminates in an award-winning portfolio of single-cask regional malts and blended whiskies from Wemyss Malts. And the ‘Divots & Drams' package brings Clement full circle in linking his beloved golf and whisky once more.

Voted IAGTO's European Golf Resort of the Year in 2012 and winner of the award for ‘best large hotel' in the 2014 Scottish Golf Tourism Awards, the resort boasts two championship golf courses - The Torrance and The Kittocks - and has played host to a number of prestigious events, including both the Open Championship's final local qualifying and the Scottish Senior Open, which it has hosted for the past six years.

In addition to golf events Fairmont St Andrews has also hosted some of the world's most important politicians and powerbrokers as a venue for both Northern Ireland peace talks and a G20 Summit.

The resort has also welcomed the likes of Kofi Anan, the former Secretary-General of the United Nations, the Duke and Duchess of Cambridge - who frequented the hotel bar during their courtship at St Andrews University - and a multitude of celebrities and sports stars.

As well as exceptional golf and a world-class spa, Fairmont St Andrews includes award-winning dining, luxurious guest accommodation and exceptional service, as well as unfettered access to the charms of the old town of St Andrews itself, the unique Home of Golf.