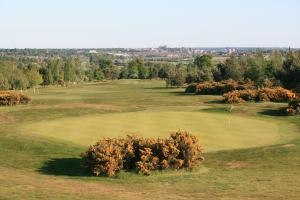 Although you feel like you’re tucked away in the Northamptonshire countryside, Brampton Heath Golf Centre only lies two miles from the town centre.

Priding themselves on being a premier pay as you play course but also with a strong membership system Brampton Heath gets it right on all fronts.

The undulating heathland course will provide a great test for any golfer with gorse bushes, tucked away and well placed bunkers and beautifully manicured greens provide the opposition between you and a good score.

Even though it is a pay and you play, great effort is put into maintaining speed of play and making people aware of course etiquette. Brampton Heath Golf Centre does operate a Standard Dress Code which needs to be adhered to.

Building work began in July 1993 and the course was opened in May 1995 nearly 2 years later. Now more than 16 years on, the many trees and gorse bushes that were planted to complement the existing trees have matured and so helped to give not only a very scenic course but a challenging one for all abilities.

I played the course at the start of August when previously we had a lot of hot scorching weather, but you wouldn't have known. The fairways looked like they would in any summer but not once did I get a bad bare lie, it was always consistent and I really couldn’t fault them.

The same goes for the greens. They were quick, receptive if you hit the right shot and the subtle undulations meant putting had to be thought about carefully and you needed to find your touch quickly.

One of the other things I liked and is hard to find these days is that not one hole was the same. It’s quite easy to have up and down holes but it really seems like Brampton Heath was thought about carefully. All the par three’s give out a different test with varied lengths and dangers and there are holes where you would just love to walk off with a par and say it’s a very good score. On the other hand there are some good scoring holes which the course balances very well making players be patient and wait for their opportunities.

The course also prides itself in never closing during the winter (except during snow) and never using mats as the fairways and greens are helped by naturally free draining soil making it the only course in Northamptonshire to do so.

The course plays its longest at 6662 yards which may not seem long but with that you can start to understand the difficulty of some holes and especially the greens. 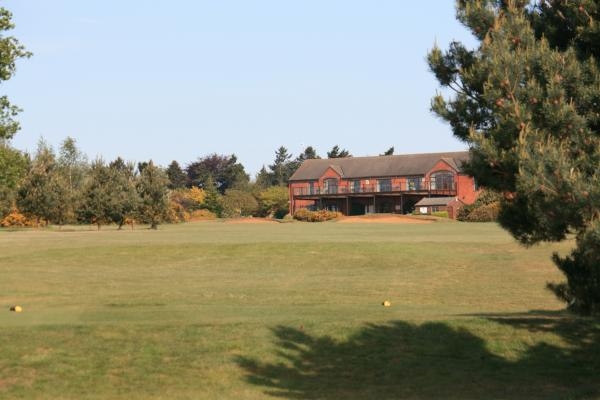 A run of tough holes starts as early as the third hole. The toughest on the course, first of the par 5’s and the longest hole on the course, normally playing into the prevailing wind, and is then definitely worthy of its stroke index 1. Following that is probably the signature hole according to Dan Wood, the assistant professional who holds the amateur and professional courses records of 66 and 65 respectively.

The 4th is a par 4 that requires two well struck shots to make a par. A tee shot with a carry of over 100 yards to avoid the water hazards and also a big oak tree on the left for the left to right players. For the longer hitters a fairway bunker awaits any pushed tee shots. A well struck tee shot to a semi moated green is paramount to avoid the water hazards short and right with the green sloping back to front. The only bail out here is long but be prepared for a difficult chip. This is one of the holes where a par is a great score.

The last of the difficult run of holes in the first of the par 3’s where a long iron or fairway wood is needed uphill to a well guarded green. Out of bounds close to the left side of the hole and a bunker front right make it a difficult decision. As I said earlier patience is the key to a good score around here.

One thing’s for sure you will certainly enjoy your round here at Brampton Heath. Great views of the 9th and 18th greens which are in close proximity provide good viewing after your round and ideal for societies or teams matches.

Brampton Heath also has a nine-hole short academy course which is always in excellent condition and also like the main couese it is playable all year round from grass tees.

The course has, twice, hosted qualifying events for the British P.G.A. Short Course Championships in 1999 and 2001. It is also regularly used by all the County Elite Squads as a training facility.

For more information or to book your tee time today visit www.bramptonheathgolfcentre.co.uk

Golf Courses to Play That You May Not Know