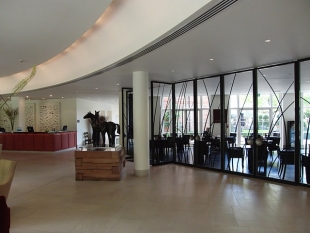 Comfort and elegance is something you would not usually put together. At The Grove however, the two go hand in hand. Martin Hulbert The Grove's interior designer said he wanted to create something fantastic but also familiar, as if the family had never never left the house.

This new take on country house living is something he certainly got right. The magnificent 18th century house set in 300 acres of Hertfordshire parkland and open countryside has been transformed into a cosmopolitan country estate.

Lying just 40 minutes from central London, inside the M25 and only 18 miles from Piccadilly The Grove has always been in the spotlight. Since it's opening in 2003 It was named AA Hotel of the Year with 12 months of opening and Sequoia, the to-die-for spa, has been voted Favourite UK Hotel Spa by the readers of Condé Nast Traveller and “Best Spa in the World” in the 2009 Telegraph Ultratravel Awards, amongst other awards. The hotel’s interiors won “Best New Hotel” in the 2004 European Hotel Design Awards and it was the first hotel to be featured on the cover of British House & Garden magazine.

The place is set apart from other country estates. The modern twist with it's character and feel is a unique environment to be in. You are welcomed into an atmosphere that is unstuffy, informal and very relaxed.

With 227 rooms with various views across the estate you really are spoiled with how comfy you feel around the grounds.

There are also three restaurants for you to choose from. The à la carte option of Colette's, the stylish Glasshouse where you get fresh food cooked to order and then the Stables which is more like the golf club house but you can still have a meal in there. 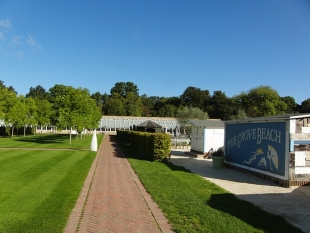 So what else is there to do whilst on your stay? Apart from the championship golf course you can talk a walk through the formal gardens by the Chelsea Gold Medallist and judge, Michael Balston spend time in the original Walled Garden, with its glamorous open-air pool and urban beach which is something certainly to be seen.

The fun doesn't stop there though, tennis courts, croquet lawn and two other large swimming pools. And then there is Sequoia.

The luxury health spa is not to be missed, book treatments or just indulge yourself in the relaxing atmosphere.

All that aside The Grove is also child friendly with there own little play area. The Ofsted inspected kid's area Anouska's is a haven for children and families. You can hire bikes or go into their own swimming pool.

If you get a chance to stay at The Grove it is not an opportunity to be missed. An ideal place to stay if you don't want the hustle and bustle of London but it is still reachable for a good weekend away in the capital.

For more information or to book your stay visit www.thegrove.co.uk