As 2021 kicks off with the Sentry Tournament of Champions, what better time to look back on the 2019-20 PGA Tour season, a year that was devastated by Covid-19.

Viktor Hovland and Sungjae Im won in consecutive weeks at the Puerto Rico Open and The Honda Classic, marking the first time in eight years that players age 22 or younger won in back-to-back weeks on Tour.

At the Arnold Palmer Invitational, England’s Tyrrell Hatton survived tough conditions at Bay Hill: The field hit the green in regulation just 50.5% of the time that week, the lowest rate for any non-major Tour event since the 2005 Canadian Open. Hatton hung in there for his first Tour win and finished the year as the highest-ranked Englishman. 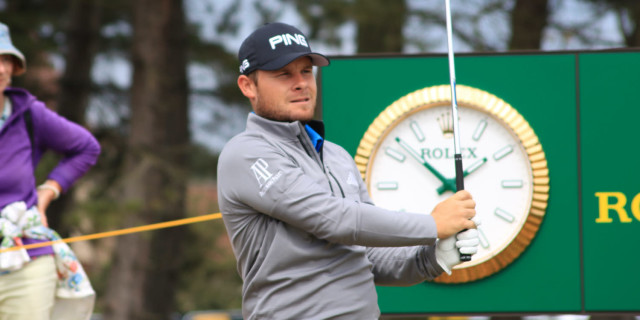 As players headed north for The Players Championship, defending champion Rory McIlroy entered the week on a streak of seven straight top-five finishes. He had been in the top 10 after 14 consecutive rounds on Tour and looked poised to make a run at becoming the first player ever to win in back-to-back years at TPC Sawgrass.Then, after just one round, the Tour cancelled the tournament and paused the season due to the COVID-19 pandemic. Play would not officially resume for nearly three months.

Before 2020, the Charles Schwab Challenge had never featured the top two players in the world rankings, but this was a different time. Every member of  the top five were there, the result of players’ desire to play. Daniel Berger beat Collin Morikawa in a playoff to end the week in dramatic fashion. Berger was in the midst of a remarkable scoring streak – it was his 28th consecutive round of par or better. His run would end at 32 in a row, which was impressive but well behind Tiger Woods’ record of 52 straight from 2000-2001.

At the RBC Heritage in Hilton Head, South Carolina, the next week, a record six players finished 19-under or better. Just two players from 1969 through 2019 finished 72 holes that many strokes under par at Harbour Town.

Morikawa bounced back at the Workday Charity Open at Muirfield Village, hitting eight approach shots inside 10 feet in a dramatic final-round duel with Justin Thomas. Later it was Thomas’ turn as he won the WGC-FedEx St. Jude Invitational to become the third-youngest player since 1960 to reach 13 wins, behind only Woods and Jack Nicklaus.

Over the closing 36 holes at the US PGA Championship, Collin Morikawa needed just 129 strokes – the fewest by any player over the last two rounds of any major championship in history. His eagle at the 16th hole was unforgettable, and Morikawa won his first major in just the 27th start of his professional career. Since 1970, only two players have won majors with fewer pro starts under their belts: Tiger Woods (17th start) and Jerry Pate (18th). Morikawa led in driving accuracy, approach-shot proximity and Strokes Gained: Putting. There have been 737 Tour events held since 2003 where those statistics were all tracked, and Morikawa is the only player to win while leading in all three of those statistics.

At the first event of the FedExCup Playoffs, The Northern Trust, Johnson became just the third player in Tour history to finish a tournament 30-under or better. He was the first to do it outside of the Hawaiian islands. His 11-stroke margin of victory was the largest  since Phil Mickelson won by 13 in Atlanta in 2006. And his  total score over the final three rounds – 187 – was the lowest across three rounds in PGA Tour history.

Johnson faced Jon Rahm in a playoff at the BMW Championship the next week, the first time the top two in the world  had clashed in extra holes since the 1995 World Series of Golf, when Greg Norman beat Nick Price. Rahm won with a 66-foot birdie putt.

Bryson DeChambeau radically altered his physique, generated unprecedented power with his golf swing, and vaulted into the world top five. DeChambeau finished the 2019-20 season averaging a PGA Tour record 322.1 yards off the tee. At the Rocket Mortgage Classic, he averaged 350.6 yards on his eight official measured drives – a record for a tournament winner.

In winning the U.S. Open at Winged Foot, DeChambeau led the field in Strokes Gained: Approach-the-Green, was third in scrambling, and ranked sixth in average distance of putts made per round. Meanwhile, six players averaged longer off the tee for the week.

When the FedExCup race resumes, DeChambeau will sit in second place, trailing only Johnson.

Johnson rewrote the Masters record books in November, recording the lowest 72-hole total in tournament history (268, 20-under-par). His 60 greens hit in regulation for the week were the most by any player since Tiger Woods in 2001, and his four bogeys were the fewest ever by a Masters champion. Johnson gained 13.82 strokes on the field on his tee shots and approach shots combined, a staggering five full strokes more than any other player. And his five-stroke margin of victory was the largest at The Masters Tournament since Woods’ historic 12-shot win in 1997.

For the second straight year, Augusta National yielded the lowest scoring average (71.75) in Masters history. Cameron Smith became the first to shoot in the 60s for all four rounds. Sungjae Im posted the lowest score in tournament history by a player making his debut (15 under). Both set the mark for lowest score by a non-winner at Augusta. Johnson’s five-shot win and DeChambeau’s six-shot win marked the first time there were multiple majors won by five strokes or more since 2000, when Tiger Woods won the U.S. Open by 15 and The Open Championship by eight.

Xinjun Zhang needed just 18 putts in the third round of the Arnold Palmer Invitational, tying a Tour record. But he hit only two greens in regulation and shot 75. Zhang holed out four times from off the green, the most by any player in a single round in 2020.

Scottie Scheffler carded the 12th sub-60 round in Tour history in the second round of The Northern Trust. The same day, Johnson carded a 27 on the front nine at TPC Boston, one stroke off the lowest nine-hole total in Tour history.