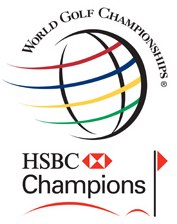 field of golfers ever assembled in Asia.

More than 40 of the world’s top 50 players, including three current Major champions, are scheduled to line up for the $8.5 million showpiece at the Sheshan International Golf Club, Shanghai (31st October to 3rd November 2013).

The 78-man field of the world’s best golfers is shaping up to be the most international line up of golfers ever assembled in Asia and will also include World Number Eight and two-time winner on the PGA Tour in 2013, Brandt Snedeker, former World Number One, Luke Donald and 2010 US Open Champion and World Number nine, Graeme McDowell, a multiple winner on both the US PGA and European Tour this season.

Justin Rose, who was the first English winner of the US Open since 1970 said, “I am really looking forward to returning to Shanghai for the WGC-HSBC Champions. I’ve really enjoyed playing it the last couple of years and with all the enhancements announced, I think it is going to be a pretty special tournament this year. I am particularly excited to be returning to the Sheshan International Golf Club –I finished 7th there in 2011 with a final round 66 so I am hoping to continue on from where I left off!”

Phil Mickelson, winner of the 2013 Open Championship is equally enthusiastic for the return to Shanghai. He said “I’ve had a wonderful year and I would love to finish it off on a high note. The WGC-HSBC Champions is recognised around the world as one of golf’s top events and I think the recent changes only underline that fact and it is certainly one of my favourite World Golf Championship events. I’ve won twice at the Sheshan International Golf Club so it is a course I feel excited to return to. I am always made to feel so welcome by the Chinese golf fans that I can’t wait to be back next month to try to win my third title.”

Jason Dufner, who claimed his first Major title at the 2013 USPGA Championship , finished second last year in the 2012 WGC-HSBC Champions, added, “It feels pretty special to be heading over to China this year for the ‘Champion of Champions’ tournament as a Major Champion. I would love to keep building on my success and end the season with a win. There wouldn’t be a better way to start my 2014 FedEx campaign than by winning the tournament known as ‘Asia’s Major’.”

Rory McIlroy, a two-time Major Champion is keen to finish the season on a high after a mixed season. He explained, “I haven’t had the year I wanted but I am really happy with how my game is shaping up right now and looking for a really strong finish to the season. I haven’t won a WGC event so I would really love to add the prestigious WGC-HSBC Champions to my C.V. I’ve had three top fives at Sheshan and the course really suits my eye so I have high hopes for the week.”

Defending champion Ian Poulter, concluded, “It is going to be a tall order to defend my title this year against such a strong field. Justin, Phil and Jason won the three most recent Majors and are obviously the in-form guys of the moment. Although it is a different venue I have actually had some great rounds the last couple of times I played at Sheshan finishing just outside the top ten twice so I have pretty high hopes for the week. I love playing in China and really feed off the enthusiasm and encouragement I get from the fans there so whatever happens, I know it will be a great week.”

HSBC Global Head of Sponsorship and Events Giles Morgan said: “The landscape of Asian golf has changed beyond all recognition in the last decade and the WGC-HSBC Champions has been the catalyst for this incredible growth. Ten years ago it would have been inconceivable to imagine more than 40 of the world’s top 50 players taking part in an event in Asia but here we are preparing for just that and the most international field ever assembled in the region is heading to Shanghai.

“Since we first came to China in 2005 we have seen Asian golf come of age but the speed of progress at all levels of the game has been amazing – the return of WGC-HSBC Champions to Shanghai feels like a defining moment. One of the reasons why the tournament has been such a resounding success is the support from the players and this year more than ever the strength and depth of the field makes it feel like ‘Asia’s Major’ has finally arrived.”

The WGC-HSBC Champions prize fund has increased to $8,500,000 from $7,000,000 and is one of four World Golf Championships sanctioned and organized by the operational committee of the International Federation of PGA Tours, which includes the Asian Tour, European Tour, Japan Golf Tour, PGA TOUR, PGA Tour of Australasia and Sunshine Tour.  The other World Golf Championships include the WGC-Accenture Match Play Championship, WGC-Cadillac Championship and the WGC-Bridgestone Invitational.

The following marquee players have won the coveted WGC-HSBC Champions title;  David Howell, YE Yang, Sergio Garcia, Francesco Molinari and Phil Mickelson – the only one to have won the title twice, Martin Kaymer and, as referenced above, Ian Poulter, who became the latest to join that impressive roll of honour in 2012.