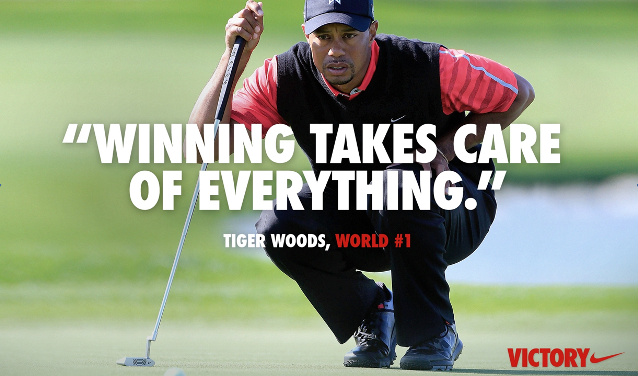 Nike Athlete Tiger Woods played Bay Hill like he usually does, and his putting with his Nike Method putter said it all. He defended his title at the Arnold Palmer Invitational and tied Sam Snead’s PGA Tour record by winning the same tournament eight times. With this win, Woods reclaims the title of world number one in the Official World Golf Ranking.

When asked if he thinks he can become as good as he once was, Woods replied, “I don’t want to become as good as I once was. I want to become better.”
En route to capturing his 77th career PGA Tour victory, his 60th win with Nike equipment in the bag, Tiger took full advantage of his 14-club Nike arsenal, including his Nike Method 001 putter. Woods led the field in strokes gained-putting and dropped clutch putts including 17 birdies and three eagles with technology that has been instrumental in his last seven global wins. The Nike Method franchise features Nike’s polymetal groove technology, generating a faster forward roll at impact for increased accuracy and less skid.
Woods hit exceptional shots with his Nike VR_S Covert 5-wood, which he added to the bag at this year’s WGC Cadillac Championship. When asked about his second shot on number six on Saturday, Woods replied, “That was nice; I had to take something off this 5-wood and throw it up in the air and bank it up against the wind and I just absolutely flushed it.” The VR_S Covert features high speed cavity back technology, moving weight to the perimeter to increase forgiveness and add even more distance to off-centre shots.

Tiger Woods - In The Bag