A strong Ryder Cup flavour dominates the early entrants of the Volvo Golf Champions with winning 2010 and 2012 Captains, Colin Montgomerie and José María Olazábalqualifying as current Tour Members with more than ten European Tour victories along with the 2012 Vice Captain and 13-time winner on the European Tour, Thomas Björn. All are looking to use their experience to reignite their playing careers with a return to winning form at the famous Durban Country Club.

Nicolas Colsaerts, Paul Lawrie and Francesco Molinari, who all played a vital role in the winning 2012 Ryder Cup team at Medinah, will be aiming to build on their 2012 success with an early win in 2013 but the Europeans will face a tough task in the form of a formidable home challenge. They are joined by the European Tour’s most recent winner, Peter Hanson, who held of a spirited challenge from Rory McIlroy to win in Shanghai at the weekend.

In January, six South Africans finished in the top ten of the 2012 Volvo Golf Champions and, once again, the home 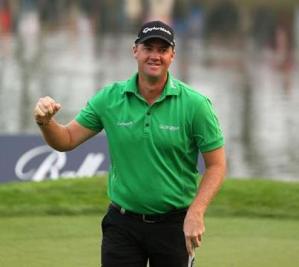 contingent will be very strong. The 2010 Open ChampionLouis Oosthuizen has confirmed his entry having won twice in 2012 in South Africa and Malaysia. He joins South Africa’s rising star, Branden Grace, the defending champion and a four-time winner on the European Tour this year and two-time US Open winner Retief Goosen to head the list of home favourites.

Ryder Cup ‘Rookie; Colsaerts seems to have the magic touch at Volvo events having won the 2011 Volvo China Open and the 2012 Volvo World Match Play Championship. He commented, “Volvo has been very good to me with my first two wins coming at their events. It would be very neat if I could add this third Volvo tournament title to my C.V. and the most amazing way to start off the year.”

Former Ryder Cup star and past champion Paul Casey has had his fair share of injuries in recent years but hopes to start 2013 fully fit and ready to return to the top form which has seen him win 11 titles on The European Tour. Casey added, “Having hurt my shoulder last winter I was very disappointed to miss out on defending my 2011 Volvo Golf Champions title. I can’t wait for the new season to begin as I am starting to find my form again. I will keep working hard to ensure I arrive in South Africa for the 2013 season with my game in the best possible shape….and, more importantly, injury free!”

The hosting of the second Volvo Golf Champions on South African soil, joining the five co-sanctioned events already taking place in our nation, is testimony that South Africa is definitely recognized internationally as a major golf hosting powerhouse. Our golfers have proven over the years that we are indeed globally competitive and ranks amongst the world’s best. The achievements of Branden Grace in the Race to Dubai this year has been unprecedented by any South African and he will surely be a huge attraction at next year’s event when he will be defending his title. The inclusion of our other major winners such as Retief Goosen and Louis Oosthuizen together with other world stars will further lift the stature of the Volvo Golf Champions.”

The Durban Country Club is a renowned Championship course with an impressive résumé having hosted the South African Open on no less than 17 occasions. It enjoys beautiful vistas overlooking the Indian Ocean and, with its undulating fairways, lush vegetation and sand dunes is considered one of the most unique and challenging courses in the world. It was recently voted one of the Top 100 golf courses in the World by Golf Magazine USA and is undoubtedly a shot maker’s course that players will have to think their way around.