Oliver Gabor cruised to a comfortable six-shot victory in the third Faldo Series Slovakia Championship at the Black Stork Golf Resort, a PGA golf course in Velka Lomnica.  The 19-year-old Slovakian fired rounds of 73, 72 and 73 to triumph over a record field.

“My ball striking got better and better as the week progressed and that gives me great confidence going into the Grand Final,” said Gabor.

“I’m really looking forward to competing in Northern Ireland and learning as much from Sir Nick as I can.”

Dalibor Hudak (Boys’ Under-18) secured his spot in his third straight Grand Final while Matej Malicek (Boys’ Under-16) will make his debut at Lough Erne Resort on September 11-13.  In the girls’ division Katarina Chovancova (Girls’ Under- 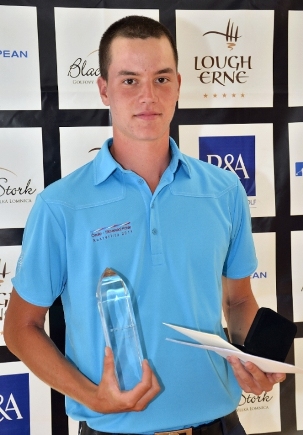 21) and Emma Klimentova (Girls’ Under-16) both qualified for the Faldo-hosted World Amateur Golf Ranking event for the second time.

Physiotherapist Valerie Nettleingham was on hand all week to work with the record 83 competitors on the physical side of the game.  Local coaches also gave lessons and were impressed by the vast improvement in play during the three years that the Faldo Series has been in Slovakia.

Earlier in the week, Sir Nick Faldo and the Black Stork Golf Resort announced an extension of their agreement which will see the Faldo Series return to Slovakia for a further three years to 2015.

For more information on the Faldo Series visit www.nickfaldo.com.