St Enodoc links course has been ranked in 76th position in the ‘World’s Top 100 You Can Play’ by the UK’s Golf World Magazine.

In addition to being able to actually play the course without a member or playing just before dark, Golf World was looking for 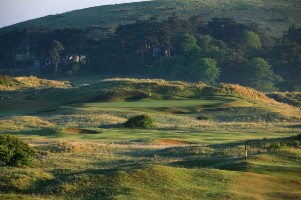 the best atmospheres, locations and golf as well as a warm welcome. Founded in 1890, St Enodoc is one of England’s oldest and most revered links that promises all these things to visiting golfers.

A James Braid design, the club is located in Rock, Cornwall. Following the natural contours of the land and dunes, this links offers undulating fairways, firm greens and a number of blind shots. Set against the backdrop of the picturesque north Atlantic Coast and Camel Estuary, a round over St Enodoc offers panoramic views that would rival any course in the world.

In the ranking, Golf World described St Enodoc as “A jewel in the crown of Cornish golf, this has to be one of James Braid’s greatest works. A classic old links with revetted bunkers and plenty of humps and hollows to please the seaside connoisseur”. 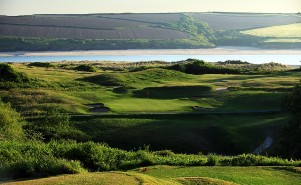 “St Enodoc is extremely proud to have been ranked at 76 in this latest ranking from Golf World and to be one of the 38 courses in Great Britain & Ireland to make the top 100,” commented Tuck Clagett, General Manager of St Enodoc.

“We are certainly in great company and pleased to fly the flag for golf by making the course accessible and welcoming to guests.”

Indeed the ranking was topped by Northern Ireland’s Royal County Down followed by Bandon Dunes (Pacific Dunes) in the USA and the Ailsa Course at Turnberry in Scotland.

Over the last 100 years this championship links has received numerous plaudits; earlier this year it was ranked in 35th place in Golf World’s GB&I Top 100 course ranking whilst in 2011 St Enodoc was awarded 16th spot in the Top 100 Golf Courses in England, a new ranking series that the same magazine compiled in association with Polo Ralph Lauren.