In the Bag Paul Lawrie 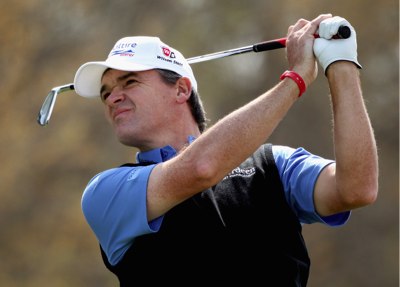 After his fantastic victory at the Commecialbank Qatar Masters, winning by 4 and shooting a bogey free final round, we take a look in the bag of Wilson staff player Paul Lawrie.

Lawrie signed a new agreement with Wilson in Jan 2010 because he liked the performance of the Wilson Staff FG Tour irons so much during a trial period.  Since then he won his first title in nine years at the 2011 Open de Andalucia and his second Qatar Masters win of his career last weekend.

Lawrie is also a Wilson Staff Advisory member and helps with the design of new Wilson clubs.