This year’s iteration of the Justin Rose Telegraph Junior Golf Championship has concluded, with Dylan Shaw-Radford and Sophia Fullbrook winning the male and female titles respectively. 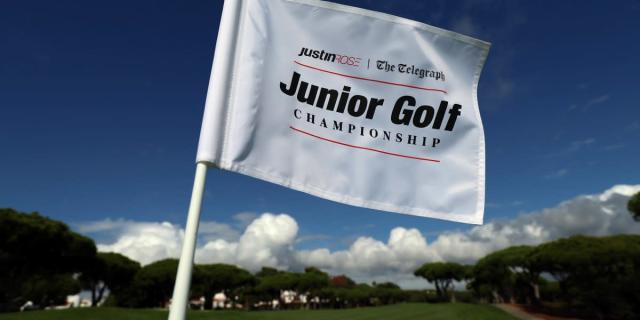 From 17,000 entrants, just 24 boys and girls were picked to compete in the 54-hole tournament held at Portugal’s premium golf destination, Quinta do Lago. The event, whose previous winners include Alice Hewson and Matt Fitzpatrick, was the first major competition to be hosted on the layout since it underwent a €7million renovation project last year.

Shaw-Radford and Fullbrook, both 17, won their respective titles in remarkable fashion, having to post low numbers to see off the quality competition. Shaw-Radford, representing Huddersfield Golf Club, posted scores of 69, 69 and 70 to win by two shots over his nearest competitor, and Fullbrook, who plays at the Melbourne Club at Brocket Hall, also won by two.

Seventeen-year-old Jack Lee, of Rochester & Cobham Park, came closest to knocking Shaw-Radford from his perch with an exceptional round of 68 on the second day. Meanwhile, the finest individual performance of the tournament came from 15-year-old Amelia Wan, of Nottinghamshire. Her stunning opening round of 65 – seven-under-par on the par-72 layout – made Wan the early favourite to top the girls’ division. However, the prestige of Fullbrook and second-placed Rebekah Gardner, of Clandeboye, eventually told and saw Wan slip to third.

Known lovingly as ‘The Unofficial Major of Junior Golf’, the Justin Rose Telegraph Junior Golf Championship is open to any golfer aged 18 or under at the turn of each year. Quinta do Lago is regularly entrusted with hosting duties, having staged the event six times in eight years.

Shaw-Radford said: “This means a great deal. Just look down the names who have won it – Justin Rose himself, Andrew Coltart and a fellow Yorkshireman in Matt Fiztpatrick, 10 years ago. What a way to finish 2022.”

Fullbrook said: “I guess we both held commanding leads today and only made sure of it on the 18th, but that is testament to the strength of the fields. I am very pleased, as well as being relieved, and I am sure Dylan is, too.”

Quinta do Lago has earned its reputation as one of Europe’s top luxury destinations. The sport and lifestyle resort, just 15 minutes from Faro Airport, is crowned by three world-class 18-hole Championship golf courses: the North, South and Laranjal. Quinta do Lago has frequently been elected host of esteemed competitions, with the South Course staging the Portuguese Open on eight occasions, while the Paul McGinley Golf Academy spearheads a line-up of phenomenal facilities to complement the courses.

Guests can stay at the picturesque Magnolia Hotel and enjoy their pick of 14 first-class bars and restaurants between rounds, or stay in shape at state-of-the-art sport and wellness hub The Campus. All of this is nestled in 2,000 acres of Portugal’s Algarve region, renowned for its natural beauty, with everything guests could need situated within easy reach.

For more details on the Justin Rose Telegraph Junior Golf Championship and to find out more about the 2023 event, go to www.telegraph.co.uk/juniorgolf