THE ITALIAN OPEN returns this week with added significance - it is the penultimate counting event towards Ryder Cup qualification, with just the BMW PGA Championship at Wentworth to come before European captain Padraig Harrington finalises his team to take on the USA at Whistling Straits.

Twelve months ago, Ross McGowan ended an 11-year wait for his second European Tour title after a dramatic finish in Brescia.  Despite admitting he "hit it terribly" on the final day at Chervo Golf Club, McGowan produced some crunch shots when it mattered most - holing out from a bunker at the 16th and making a 22-foot putt for the winning birdie at the last with a play-off looking inevitable.

The tournament was first played in 1925 and, except for 1933 and the Second World War, was played annually until 1960. After an 11-year hiatus, it returned in 1971 when it was one of five tournaments in Continental Europe that were included on the British PGA Order of Merit circuit.  It is now one of few tournaments that have featured on the schedule every year. The 2018 event was the 75th edition of the championship.

In 2017 the European Tour created the Rolex Series, a group of events with huge prize money, and the Italian Open saw its prize fund increased to $7m, more than double that of the previous year. Last year the tournament was not part of the Rolex Series, having been rescheduled with much lower prize money due to the impact of the pandemic. Not that McGowan was too concerned with any of that. He was just happy to win again. 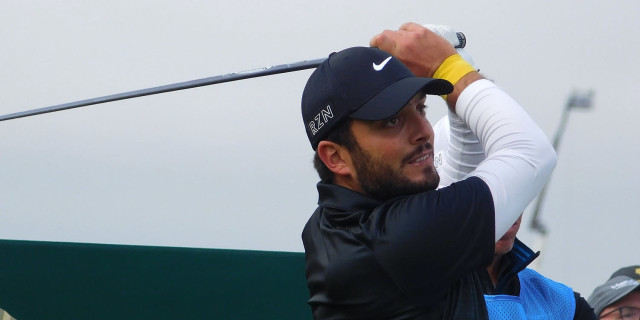 Of course, the Ryder Cup will be foremost in the thoughts of the likes of Fleetwood, Wiesberger and Perez, all of whom will be looking for confidence-boosting weeks ahead of the PGA Championship. It is not beyond the realms of possibility that another victory for Hill or Forrest could see them force their way into the thoughts of Harrington.

Sadly, Molinari is highly unlikely to be given the opportunity to repeat his heroics of Le Golf National in 2018 when he claimed a maximum five points - the first European ever to do so. A former Italian Open winner, Molinari has had a miserable time with injury. The 2018 Open champion has not played a huge amount of golf during the past couple of years and has since his world ranking plummet. He is now 163rd in the world, having been sixth as recently as the 2019 US Open. He finished in a tie for 13th as Jon Rahm won the US Open but missed the cut at Travelers, the Scottish Open, The Open and the Wyndham Championship. In just 13 starts on the PGA Tour this season he has missed seven cuts and has a best of tied eighth at the American Express and Genesis Invitational. He will be hoping against hope that a return to his homeland will see him find something approaching his best. Molinari is a thoroughly decent individual and it is to be hoped that he can find a way out of his current slump.

Marco Simone Golf Club measures 7,200 yards and is located on the outskirts of Rome. It will host the 2023 Ryder Cup, so you know that it is going to be proper test. It was designed by Jim Fazio and David Mezzacane and opened in 1989. There are plenty of mature trees and thick rough. 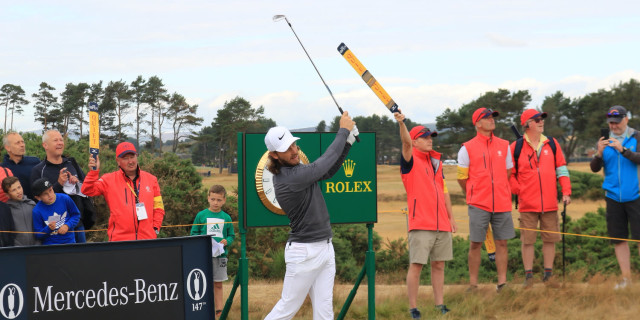 Guido Migliozzi is the big home hope. The 24-year-old Italian finished fourth at the US Open and enjoyed back-to-back runner-up finishes at the Made in Himmerland and British Masters. He most definitely has one eye on the Ryder Cup and would be a huge asset.

Calum Hill continues his stellar progress, finishing fourth at the Hero Open before winning the Cazoo Classic the following week.

By his own admission, Tommy Fleetwood has had a poor season but he is a class act with a fabulous temperament and he will be looking for big weeks here and at next week’s BMW PGA Championship.

And then there is the sensational South African Garrick Higgo, who has two European Tour wins and a victory on the PGA Tour to his name - we are going to lose him to the PGA Tour so should enjoy watching him while we can.

Each way: Calum Hill. On the crest of a wave

Each way: Garrick Higgo. Everything he has touched this year has turned to gold

Calum Hill. Would give Padraig Harrington food for thought with another win

Matt Fitzpatrick. Looking for a boost ahead of the Ryder Cup

Guido Migliozzi. Riding high in the Race to Dubai

Henrik Stenson. Showing some flashes of his old form

Renato Paratore. Two-time Tour winner who will be inspired by playing on home soil

David Drysdale. There would be no more popular winner than the Scot