View From The Fairway - Form is Temporary, Class is Permanent

Derek Clements shares his latest View From The Fairway...

STEWART CINK conclusively proves the old adage "form is temporary, class is permanent”. When he won the 2009 Open Championship at Turnberry he seemed to have the world at his feet. He was a Ryder Cup player, a regular PGA Tour winner and firmly established in the world’s top 10. 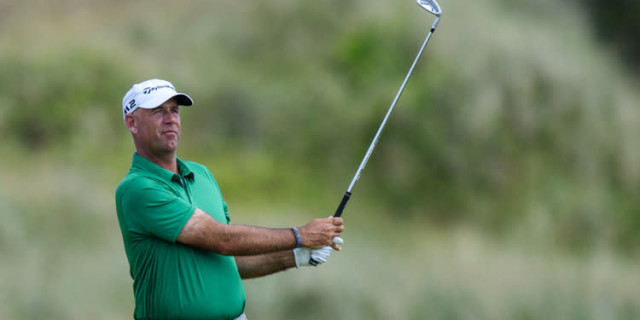 Who could ever have predicted that he have to wait 11 years for his next victory?

And yet through it all he conducted himself with dignity. There were no temper tantrums, no ‘woe is me’. He just kept on grinding it out in the hope that, some day, he would turn it all around. But not even Cink could have imagined that, at the ripe old age of 47, he would win twice in barely six month and find himself riding high in the FedEx Cup standings and eyeing another Ryder Cup. It was heartwarming to see him win at Harbour Town with his son Reagan on the bag and the rest of his family waiting by the 18th green, fighting back tears. Cink is one of golf’s good guys and it is great to see him back.

AND speaking of class, Henrik Stenson and Annika Sorenstam will be hoping to turn the clock back when they team up together at the Scandinavian Mixed in Gothenburg this summer.

Stenson is desperately trying to get his playing career back on track, while Sorenstam is coming out of retirement for a second outing this season and will surely have her spirits lifted by playing in front of a home crowd. The pair say they can’t wait to play together and I, for one, can’t wait to watch them go out there and have some fun together.

YOU have to spare a thought for Max Kieffer, who lost in a playoff to John Catlin at the Austrian Open. The German went toe to toe with the American for 72 holes and again for the first three extra holes. What happened at the fourth playoff hole was more like crazy golf. It was bad enough that he put one ball in the water, but to put two more in the drink was beyond belief.

Kieffer will quickly put the disappointment behind, though. He has been searching for form for months and proved that he had shaken it off by finished second again in Gran Canaria.

GARY PLAYER has finally admitted that his son Wayne was in the wrong over his so-called “guerrilla marketing” stunt at The Masters – but refused to confirm if he had been barred from Augusta National as a result.  Wayne Player, 58, displayed a sleeve of golf balls in the background as television cameras focused on Lee Elder during the traditional first tee event at Augusta National.

Elder, 86, was the first black golfer to play in The Masters and was invited to join regular honorary starters Gary Player and Jack Nicklaus to get The Masters underway this year. Player Jr was condemned on social media for hijacking Elder’s moment. And now Player Sr has admitted that the stunt was not “the most intelligent thing to do”.

“I don’t think he did it with any malice,” Player said. “He was basically telling his friends, ‘My father will play this ball.’ And I think his friends didn’t believe it because it’s not a ball on the market.”

“It was wrong. And I said to Augusta, ‘Listen, a man’s got to take his punishment. If he does something wrong and you don’t want him back here again, then just bar him. That’s what you go to do.’ ”

That is all very laudable but I find it very hard to believe that Gary didn’t know what his son planned to do.

THINGS you thought you would never read… a leisure group that runs a municipal golf course in Scotland has capped the number of members the club has due to unprecedented demand in recent weeks.

Leisure and Culture Dundee has claimed it has been forced to temporarily cap the number of members at Caird Park –  one of the only public courses in the city. A spokesman said: “Caird Park, like all golf courses, has seen unprecedented demand during the pandemic as golf has been one of the very few activities that has been allowed to continue. To ensure all golfers can secure a tee time, we have had to temporarily cap the number of members. The membership numbers, alongside daily ballot demand, is under constant analysis and additional memberships will be released for sale as and when the numbers allow.”

FORMER world No 1 Adam Scott has decided to skip the Tokyo Olympics because he wants to spend time with his family. Scott, who won The Masters in 2013, also withdrew from the 2016 Rio de Janeiro Games because he was worried about the possible transmission of the mosquito-borne Zika virus.

"With the world being the way it is, Adam is gone four-five weeks at a time this year during his playing blocks," his manager said.

"With three young children at home, this time in the schedule will be devoted to family. It is pretty much the only time up until October when he has a chance to see them for a stretch of time and not only a few days a week.”

Scott is the second top golfer to say he would skip the Tokyo Games after world No 1 Dustin Johnson made it clear he did not want to be considered for the US team. While it is a shame that two of the sport’s leading players will not be in Tokyo, it surely reflects ongoing concerns about the continuing impact of the pandemic on all of our lives. I don’t expect them to be the last to say they are planning to give Tokyo a miss.