GOLF means different things to us and, with so much time on my hands these past couple of weeks, I have of course been thinking about the things that I miss most. I have also been thinking about the history of the game, the characters, the courses, the great tournaments, and thought it was about time that I gave you my A-Z of golf. So here it is...

A is for Augusta, home of The Masters, and a thing of beauty that annually brings the world’s best players to their knees.

B is for Ballesteros. Seve. He was a genius, and the very epitome of charisma, and the game still misses him. He was taken from us far too early. When he smiled he lit up the room. When he celebrated we all joined in.

C is for choke. We’ve all done it, from the best players in the world to the club golfer standing on the tee and seeing a pond in front of him. And we will all continue to do it. Greg Norman, Francesco Molinari, Jordan Spieth, Dustin Johnson, Jean Van de Velde…it is a long list, so take heart.

D is for Davies. Laura Davies brought a wonderful approach to the game. She just walked up to the ball, took one look and hit it - and won four majors. 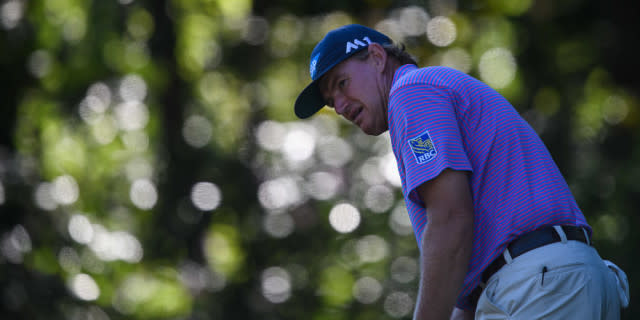 E is for Els. The Big Easy. Was there ever a more fluid swing than that possessed by Ernie Els, who also happens to be one of the nicest men in golf.

F is for Faldo, who with six majors to his name remains the most successful British golfer the world has seen. He often split opinion but his dedication and determination were second to none.

G is for Garcia. Despite all his transgressions - and there are too many to recount here - everybody loves Sergio. And, just like Seve Ballesteros, he comes to life in the Ryder Cup.

H is for Hogan, probably the most single-minded and most cussed golfer the professional game has ever seen. Hogan almost died in a car crash but made a remarkable comeback and is generally recognised to have had the best golf swing of all time. If you doubt it, look out some vintage footage.

I is for Irwin. Hale Irwin won three US Opens and became the oldest to do so at the age of 45. But it was when he turned 50 that he enjoyed a new lease of life, utterly dominating the Champions Tour, where he has won an incredible 45 times.

J is for Jimenez. Who doesn’t  love Miguel Angel Jimenez? Have you ever seen his warm-up routine? Now well into his fifties, he remains a force in the game. The oldest man to win on the European Tour is an inspiration to us all.

K is for The K-Club, scene of the 2006 Ryder Cup, when there wasn’t a dry eye in the house as Darren Clarke returned to action after the tragic death of his wife. He played a full part  as Ian Woosnam’s Europe thrashed the USA.

L is for Lindrick, a golf course in Yorkshire that was the venue for GB&I stunning the USA by winning the Ryder Cup.

M is for Mickelson. Lefty is one of the great entertainers, a man who knows no way other than to attack. When it comes off it is glorious. When it doesn’t, it is still pretty glorious. Unbelievable short game.

N is for Nicklaus, the winner of 18 majors and a man who has become a great sage and doyen, a man the game turns to for his opinion on a whole range of subjects.

O is for The Open, the oldest and the best major of them all. Full stop.

P is for Palmer. Arnold Palmer, better known as The King, was the man who changed the face of professional golf, attracting a vast new audience with his swashbuckling style of play.

Q is for quitting. We have all quit on shots in our time - it is something to be avoided at all costs.

R is for Ryder Cup, which is now the biggest team event in golf. It pits Europe’s finest against the best of the USA and has captured the imagination of the entire world.

S is for St Andrews, the home of golf and arguably the most iconic golf course on the planet.

T is for Trevino, otherwise known as SuperMex. Trevino talked non-stop when he played, stopping just long enough to hit the ball. But boy could he play. Nobody found more fairways than he did.

U is for US Open, a tournament that often divides opinion. Remember the horror that was Chambers Bay?

V is for Vardon, who gave the world the Vardon grip, still used by the vast majority of golfers.

W is for Woods, who else? The winner of 15 majors still captivates us all every time he walks to the first tee.

X is for X-out balls. Don’t buy them and don’t use them. They have been rejected for a reason!

Y is for the dreaded yips. The less said the better.

Z is for Zoeller. The Fuzz was one of the most underrated golfers of his time - and a golfer who played the game the right way, with a smile on his face.