What Your Favourite Golfers Might Be Doing During Their Enforced Break

WE ARE living in strange times with much of the world in lockdown as a result of the coronavirus crisis - and there is little sign of it coming to an end anytime soon. It is difficult to get away from it. Switch on the TV, turn on the radio or pick up a newspaper and it is all pretty depressing.

Two of golf’s majors have already been cancelled, together with a host of run-of-the-mill tournaments all over the globe. It is unlikely that we will see any meaningful action before June, with the US Open and Open Championship surely in doubt.

While in no way wanting to trivialise what is the most serious peacetime situation we have ever witnessed, we thought it was about time we tried to lighten the mood. So we got to wondering what the world’s top tour professionals might be doing to keep themselves busy at a time when they are not able to play competitive golf. 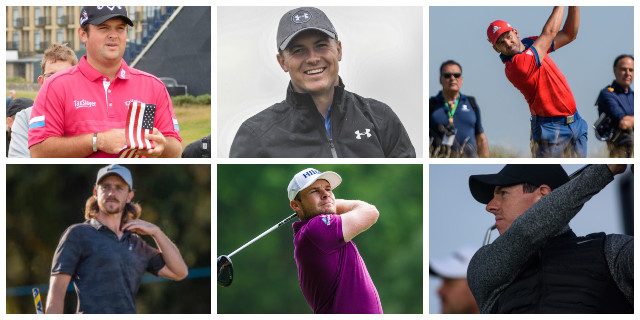 The Englishman surprised everybody, including himself, by winning the Arnold Palmer Invitational at Bay Hill. By his own admission, Tyrrell operates on a pretty short fuse. He may take the opportunity to enrol on an anger management course, where he will surely be joined by Jon Rahm and Matt Wallace.

Anybody who has followed Spieth’s career will know how self-conscious he is about his receding hairline. The first thing he does when he walks off the 18th green and removes his baseball cap is to smooth down what remains up top. So will he heading for hair replacement treatment like Wayne Rooney? Will he getting fitted for a wig? Or will be opt for the Trump combover?

Poor old Tiger. Just when he rediscovers his best form, his body lets him down again. Even before the shutdown, Woods had withdrawn from the Arnold Palmer Invitational and Players Championship as his back started to play up again. So the 15-time major champion may well be trying yoga, massage therapy, another operation. You name it, he will probably have a crack at it.

Yes, the Northern Irishman is the world number one. Yes, he won four times in 2019. And yes, he is surely the most gifted golfer in the world. However, he has developed a worrying habit of losing tournaments that he should be winning. So we believe he will be heading to finishing school.

The former Masters champion will surely be using his time off as an opportunity to brush up on the rules of the game.

The American is another who should be learning to speak plain English rather than the gobbledegook he currently favours.

Horschel is one of the most popular players on the PGA Tour. He is a throughly likeable individual whose media interviews are always entertaining. But his fashion sense? Oh dear, oh dear, oh dear! Hopefully the American will use the hiatus to consult Stella McCartney and/or attend some style classes. He might also want to find out once and for all if he is colour blind.

Come on Tommy - you are nearly 30 years old. You are a professional golfer, not a rock musician or an ageing hippy.  It’s time to visit the barber and get your hair cut.

We understand that the Spaniard is booked in for green-keeping and course management training in order that he can repair all the damage he causes to the golf courses of the world when things go wrong.

Lefty has booked an appointment with Specsavers. He has finally realised that he needs to have his eyes tested in order that he can locate fairways. Any fairways will do.

The astonishing German will be giving inspirational speeches to Age Concern, proving to them all that life really does begin all over again at 50. And again at 60.

Golf Innovation in the Face of Adversity