Dustin Johnson returns to defend what has almost become a benefit event for him at the WGC-Mexico Championship. It used to be played at Doral and was called the WGC-Cadillace Championship but them some guy called Donald Trump, who owns Doral resort, was elected President of the USA (I know, it still sounds far-fetched, doesn’t it?), his views were incompatible with golf’s powers-that-be and so the tournament was reinvented as the WGC-Mexico Championship. And Johnson loves it.

He won it in 2017 and 2019, and he also won it at Doral in 2015. Phil Mickelson and Tiger Woods are also multiple winners, Lefty securing victory twice and Woods dominating at Doral with seven successes between 1999 and 2013.

This is the first WGC event of 2020 and, coming on the back of the Genesis Invitational at Riviera Country Club, really marks the start of the countdown to The Masters, where a certain T Woods will be the defending champion.

A three-time World Golf Championships winner, McIlroy first captured the 2014 WGC-FedEx St. Jude Invitational when it was contested at Firestone Country Club, then added the 2015 WGC-Dell Technologies Match Play, the year it was played at TPC Harding Park. In November, McIlroy defeated defending champion Xander Schauffele in a playoff to win the WGC-HSBC Champions.

McIlroy has three career top-three finishes in 10 WGC-Mexico Championship starts, including a runner-up finish to Johnson last year. The Northern Irishman also finished T7 in his only other trip to Club de Golf Chapultepec in 2017. And he has made a sparkling start to 2020, showing excellent form at both the Farmers Insurance Open and at the Genesis Invitational. He has already spent more than 90 weeks at the top of the rankings and is absolutely determined to remain there.

There will be much local interest in the performance of Carlos Ortiz, qualified as the next-highest ranked Mexican in the rankings at No. 150. The hugely underrated Abraham Ancer had already qualified for the tournament after advancing to the 2019 Tour Championship and is comfortably within the top 50 in the rankings anyway.

“It is going to be very special,” Ortiz said. “Since they first brought itto my homeland in 2017 it is something I really wanted to do. Playing in front of the Mexican crowds and family is something special that I enjoy very much and it helps me to have good results.”

Among the players to qualify via the top 50 in the rankings include Jordan Spieth, who finished in a tie for ninth at the AT&T Pebble Beach Pro-Am to move from 55 to 49 in the rankings. Just stop and think about that statistic for a moment. When he won The Open Championship at Royal Birkdale less than three years ago, Spieth was widely regarded as the best player in the world - the rankings said so and so did his achievements. Incredibly, that marks the last last time the American won a tournament.

His problems have been well documented, with made his performance at Pebble Beach a welcome return to something like his best form. His 67 in the final round was the best score of the day. Spieth had always been wayward from the tee but recently he has been unable to hit a barn door from 10 yards, and has paid the price. He remains one of the best putters in the business but unless you are consistently giving yourself birdie opportunities you have no chance of winning your club championship, far less tournaments on the PGA Tour. Through it all, Spieth has remained pretty upbeat and those who now about these things remain convinced that he will be back to his very best. Yours truly is a big Spieth fan but I remain to be convinced that we will see him challenging for majors again in the near future.

He needs to find a way to put his drives in the short grass. If he can do that he can contend anywhere. 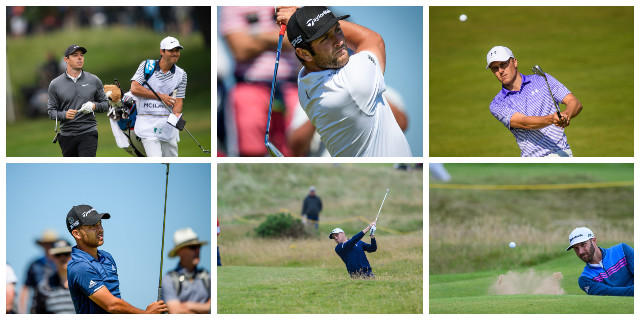 Justin Thomas, the course-record holder at Club de Golf Chapultepec, has recorded three top-10 finishes in Mexico including a runner-up in 2018 and will be one to watch. Thomas’ 9-under 62 on Saturday in 2018 set a new course record that he equalled in the final round last year. Thomas was the 54-hole leader in Mexico City in 2017 before carding a final-round 72 to finish T5. In 2018, weekend scores of 62-64 and a hole-out eagle from the fairway at the final hole hole got him into a playoff with eventual winner Phil Mickelson.

“It's a cool little golf course. It's all right in front of you, there's nothing tricky to it,” Thomas said. “You can play the course a lot of different ways, I feel like. Off the tee you can be aggressive and take some of the doglegs or kind of hit it to where most of the people hit it and then go from there.”

Others qualifying from the top 50 include Francesco Molinari, Sergio Garcia, the consistent Spaniard Rafa Cabrera Bello and recent European Tour winner Graeme McDowell. It promises to be another great event.

Rory McIlroy. What’s not to like about his chances?

Rory McIlroy. Nothing matters to Rory other than a win

Jordan Spieth. He must break through again, surely?

Rafa Cabrera Bello. One of the most consistent players around

Adam Scott. Back to something approaching his very best

Sergio Garcia. Looking to get back to top form