PROOF that money talks comes with the strength of the field for the Saudi International at Royal Greens Golf and Country Club. Controversy continues to surround this tournament on account of the kingdom’s record on human rights and the way it treats its women. Among those teeing it up in a tournament with a prize fund of a relatively modest $3.5m are defending champion Dustin Johnson, Patrick Reed, Brooks Koepka, Sergio Garcia, Henrik Stenson, Phil Mickelson and Tony Finau.

The organisers insist that they want to put golf on the map in this part of the world, with H.E. Yasir Al-Rumayyan, chairman of the Saudi Golf Federation and Golf Saudi, saying: "We have a vision for golf to help transform Saudi Arabia and become a premier golf destination. It is therefore extremely important for us drive the game forward both here and around the world by hosting the best players at the Saudi International. Last year we were extremely pleased with the support we received and it will be a pleasure to welcome so many world-renowned major champions for the second hosting of the tournament.”

Hmmm. It is worth noting that a number of players, including Rory McIlroy and Tiger Woods, have made it clear that they would not be comfortable playing here. Tommy Fleetwood is also giving it a miss.

But let’s focus on those who will be competing. Former Masters champions Reed and Garcia, in addition to 2016 Open champion Stenson will return to the Kingdom after making their debut 12 months ago. They will be joined by the reigning Open champion Shane Lowry, who will make his first appearance. 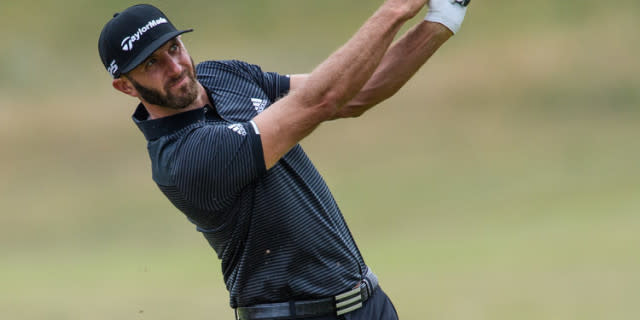 European Ryder Cup stars Stenson and Garcia will return for a second year having both previously captured titles in the Middle East – in Dubai and Qatar, respectively. They will be joined by Lowry, who enjoyed victory in the Middle East, claiming the title in Abu Dhabi en route to his famous victory at Royal Portrush in July.

Mickelson, the winner of 51 worldwide titles, has enjoyed a number of high-profile finishes in the Middle East but, despite 10 career European Tour victories, is still in search of a maiden win in the region.

Ranked firmly inside the top 20 of the world rankings, big hitting American Finau is searching for a maiden European Tour title on his first visit to the region. Ernie Els has turned 50 but has made it clear that he is not quite ready for the Champions Tour full-time just yet. Having come agonisingly close to masterminding an historic win for the Internationals against Team USA in Australia in December, Els wants to return his focus to his own game, and proving that he can still compete with the best.

Known for his effortless power Els has been one of the game’s most recognisable and successful golfers for almost three decades and will arrive in Saudi Arabia looking to add to his 71 career titles worldwide, which also saw him ascend to the prestigious position of World Number One in 1997.

Patrick Reed. Has played some brilliant golf since his rules violation at the Hero World Challenge

Brooks Koepka. Fit, well and ready for another huge season

Dustin Johnson. Would love to kick off the year with another victory

Brooks Koepka. Has no weaknesses

Sergio Garcia. Looking to last year’s disgraceful behaviour behind him

Phil Mickelson. Can new slimline Lefty still get it done?

Tony Finau. Venue should be made for him

For our weekly betting odds in partnership with Betway visit here.  You can also get all the latest golf tips and odds direct from the Betway.com website. All odds correct at the time of posting. Bet the responsible way.