WHILE most of us are still digesting our Christmas turkey and mince pies and nursing New Year hangovers, there is no rest for the PGA Tour, with the 2019-20 season continuing in Kapalua with the Tournament of Champions, an event reserved purely for winners from the past 12 months.

It is a tournament that brings together first-time winners and established champions, all of whom are lucky enough to spend four days playing golf at one of the most beautiful places on earth. It is an important week for the likes of Colin Morikawa and Matthew Wolff, first-time winners who will be making their debuts. California native Morikawa captured his first  win at the Barracuda Championship when he birdied four of his final five holes at Montreux Golf and Country Club where the event employed the Modified Stableford scoring format. He has played The Plantation Course before: “I played when I was really small, remember sitting on the wall, looking over the 18th. So, I’ve been there a lot of times. That places means a lot. It’s going to be very, very special to be back out there.”

Wolff collected his first career victory in dramatic fashion at the inaugural 3M Open at TPC Twin Cities when he holed a 26-foot eagle putt on the 72nd hole to defeat Bryson DeChambeau and Morikawa with a six-under 65, 21-under overall. The 20-year-old became the youngest PGA Tour winner since Jordan Spieth (2013 John Deere Classic). 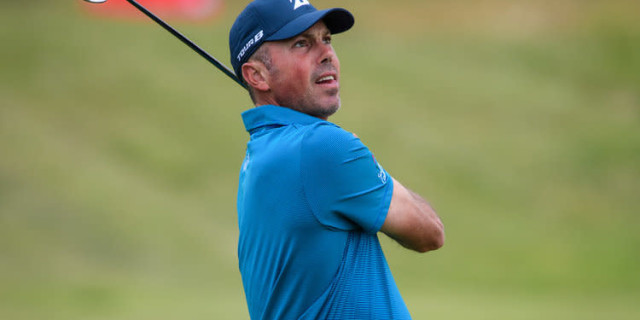 Matt Kuchar, nine-time winner on the Tour, returned to the winner’s circle rather quickly with a victory at the Sony Open in Hawaii in January. Kuchar qualified for the champions-only field when we defeated Andrew Putnam by four shots to finish at 22-under 258. The 41-year-old will make his eighth appearance at the Sentry Tournament of Champions where he looks to improve on a career-best third place finish in 2010.

Kevin Kisner collected his third career PGA Tour victory and first World Golf Championships title at the World Golf Championships-Dell Technologies Match Play in March. After losing his opening match to No. 30 Ian Poulter (2-up), Kisner – the 48th seed in the 64-man field – went on to defeat No. 14 Tony Finau (2-up), No. 56 Keith Mitchell (2 and 1), No. 36 HaoTong Li (6 and 5), No. 19 Louis Oosthuizen (2 and 1) and No. 7 Francesco Molinari (1-up) to advance to the Championship Match. The 35-year-old beat No. 23 Matt Kuchar (3 and 2) to become the first player in tournament history to lose his first match and then go on to win. The South Carolina native will make his third trip to The Plantation Course at Kapalua where he looks to improve upon a career best ninth place finish in 2016.

Dustin Johnson, a 20-time Tour winner, qualified with a victory at the WGC-Mexico Championship in February. Johnson defeated Rory McIlroy for his sixth career WGC title when he finished at 21-under 263. The two-time Tournament of Champions winner (2013, 2018) will make his 10th appearance having recovered from injury.

Justin Thomas picked up his  10th and 11th victories when he won the BMW Championship and The CJ Cup. The 26-year-old will make his fifth trip to Maui. In the 2017 edition, the Kentucky native led Japan’s Hideki Matsuyama by two shots entering the final round and became the fourth player in the previous seven editions of the event to turn a 54-hole lead into a victory.

The 2015 winner Patrick Reed qualified for his return to Maui when he won the Northern Trust Open. A member of the triumphant USA team in the Presidents Cup in Melbourne, Reed will be making his sixth appearance. He defeated Jimmy Walker on the first playoff hole in 2015, after a final-round 67 that saw him hole out for eagle on the par-four 16th.

Last year it was won by Xander Schauffele, who tied the Plantation course record at Kapalua with an 11-under 62 on the final day, and he needed every shot to beat Gary Woodland by one shot. Both men are returning, Woodland on the back of his victory at the US Open. Tiger Woods has decided to give the tournament a miss, choosing to start his competitive year later as he continues to nurse his body. And Mcilroy, a four-time winner in 2019, is also sitting this one out.

But Schauffele is looking forward to his return. “It means I get to come back, which is even better,” he said after he captured his fourth career Tour title at Kapalua 12 months ago.

The tournament has generated more than $6.6m for community charities since its move to Maui in 1999. Throughout the years, these charities ranging from youth after-school programmes and elderly care facilities, to environmental and wildlife protection groups, provide valuable support and assistance to local communities. Their volunteer efforts also play a key role in the tournament's success.

Patrick Reed. Always does best when his back is against the wall.

Dustin Johnson. Back to full fitness

Dustin Johnson. Would love to start 2020 with another win

Gary Woodland. Still walking on air after US Open win

Kevin Kisner. Always looks like he would rather be somewhere else

15 of the Best Caddies in Golf

The Ryder Cup Looks Set To Be Postponed

PGA Launches Campaign to Recruit Next Generation of PGA Professionals

Why Tiger's Reluctance to Play Could Hurt His Record Chasing