THE sub-plot at this week’s Wyndham Championship involves players trying to break into the top 125 in the FedEx Cup points list. This is their final chance to make it to the end-of-season playoffs and, as usual, there will be a mad scramble, with some of the biggest names in the game missing out.

Last year, the tournament was won by Brandt Snedeker in sensational style as he claimed his ninth PGA Tour title on the back of a first round of 59.  Snedeker closed with a 65 for a three-stroke victory in the regular-season finale, breaking a tie with C.T. Pan on the final hole with a birdie and Pan's double bogey in the group ahead. Snedeker finished at 21-under 259 for his first win since 2016 and his second at the tournament, but first at Sedgefield Country Club. Pan shot a 66 to tie for second with Webb Simpson. Simpson matched his career-best with a 62.

Snedeker opened the tournament with the 59 that made him the first tour player in 2018 and just the 10th ever to break 60, then on the final day played 29 holes in five under par to seal the deal. He was never in danger of missing the FedExCup Playoffs for the first time in his career, but the victory gave him a huge jump on the points list. He climbed 50 spots to No. 30 on the list, after arriving at 80th -- which would have been his lowest finish.

With the victory seemingly inevitable at that point, Snedeker sank a 20-foot birdie putt on the 18th to end it. Severe weather led tournament organisers to suspend the third round with 30 players still on the course and bring everybody back to Sedgefield on the Sunday morning, leaving Snedeker with 29 holes to play on the final day.

He wrapped up that round with a one-stroke lead at 16 under before heading back onto the course. Since the tournament moved here in 2008, every third-round leader who was that far under par had gone on to win.

Last year, Sergio Garcia missed the Playoffs for the first time in his career after winding up 131st on the points list (he is safely through this time). Harris English and Nick Taylor played their way in, with Taylor saying he would "kind of soak it in and realise that we've finally done it. It's really satisfying to finish it off," he said.

A total of 125 players tee it up at the Northern trust Open, with that being reduced to 70 for the BMW Championship before it is whittled down to 30 for the Tour Championship at East lake, won so memorably last year by Tiger Woods as he completed his remarkable comeback season with the victory he so desperately craved.

Among those in danger of missing out this time are former US PGA champion Jason Dufner, Martin Laird, Beau Hossler, Zach Johnson, Harris English (again), Martin Kaymer, Jimmy Walker, Ollie Schniederjans and Brendan Steele, all of which just goes to prove that nothing is certain at this level.

Dufner, Walker, Johnson and Kaymer are all former major champions. Walker has suffered some serious health issues, as has his wife, and he is just thankful to still be playing the game. Dufner has had personal issues off the course and seemed to lose his way when he decided the time had come to go on a diet and get himself fit. It turned out to be a mistake. Hossler and Schniederjans are widely regarded as two of the most promising youngsters on the PGA Tour, but both are still waiting for their first victories. Hossler came close in 2018 but has had a miserable time of it this season, as has Schniederjans, who possesses one of the most beautiful golf swings in the game. 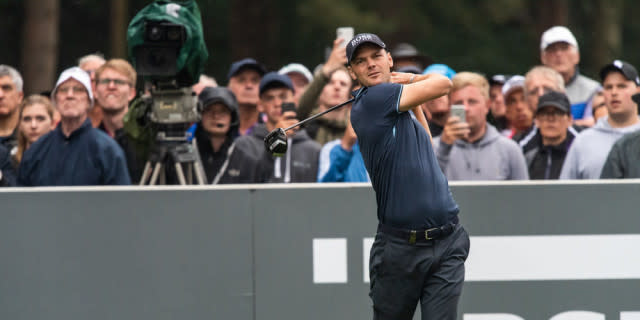 It seems that his lack of distance from the tee has finally caught up with Johnson, a former Open and Masters champion. To make matters worse, his wondrous putting touch has deserted him. He has admitted recently that he is finding it increasingly difficult to compete with guys who smash the ball 320 yards from the tee. And although Kaymer has shown some flashes of form on the European Tour, his trials and tribulations continue in America.

Steele is a three-time winner on tour but this season he has barely been able to make a cut.

For all these men, one week could change everything, but you feel that their chances of turning things around are slim in the extreme.

Stenson has had a strange season. There has been some pretty average golf, but he played brilliantly at the Scottish Open, where he really should have won, and there was some sensational play at The Open Championship but he was unable to sustain it. There are times when the big Swede still looks almost unbeatable but there are others when you wonder how on earth he ever managed to win The Open. He remains a fabulous ball striker but some frailties have developed with his short game.

Nate Lashley. Looking for second win of the year

Zach Johnson. In need of a BIG week

Zach Johnson. Having a dreadful season

Dylan Frittelli. On a high

Lucas Glover. Still has his moments

Sung Kang. Having a stellar year