THE HNA Open de France takes on an added significance this year for two reasons - it is the latest in the European Tour’s Rolex Series, which means there is a huge amount of prize money and Race to Dubai points on offer, and it is being played at Golf National, near Paris, which will host the Ryder Cup in September.

It is significant, then, that world No 2 Justin Thomas, who is certain to be a key member of Jim Furyk’s American team, has accepted an invitation to play in the tournament. It is also an indication of just how seriously this new young generation of US golfers takes the Ryder Cup. 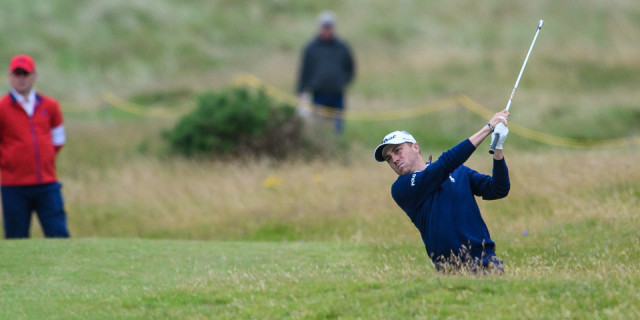 Thomas makes no secret of the fact that the main reason he decided to play is because it offered him the opportunity to see the course in tournament conditions.

It will be the first time the American has teed it up at a Rolex Series event and only his second appearance in a regular European Tour event following his debut at the Alfred Dunhill Links Championship in 2013 when he turned professional and was barely out of nappies.


“I’m very excited to have the opportunity to go and play in a European Tour event,” said Thomas. “It is something I haven’t done since my first start as a pro when I went to play the Dunhill Links. I’m not sure what to expect, having never played a Rolex Series event. I know they’re fairly new to the European Tour, so it will be really fun to be a part of it. I’m sure the field is going to be tremendous,  especially being a Ryder Cup venue. It will have a lot of talent.”

And he is right. The tournament boats a stellar field, with defending champion Tommy Fleetwood looking to capitalise on his form at the US Open, where he shot a stunning final round of 63 to finished second, just one shot behind champion Brooks Koepka. Fleetwood can do no wrong right now. By common consent, he is one of the best strikers of a golf ball in the professional game. He is a determined character whose course management skills are a par with Justin Rose - and it is impossible to pay the 27-year-old any greater compliment.

He is certain to be a important member of Thomas Bjorn’s Ryder Cup team and the great news for Bjorn is that Fleetwood adores the course. There is a lot of water and that means we are certain to see some high drama come September with players coming to grief when the pressure is really on. Bjorn and Europe will be able to depend on Fleetwood to keep his cool at all times, and it would surprise nobody to see him make a successful defence of his title.

This year the French challenge seems likely to be led by Alexander Levy, already a winner on tour in 2018 and a man who is desperate to play his way onto Bjorn’s team. He is an explosive talent, a man who, on his day, makes birdies for fun. He is also that rare commodity - a golfer who seems to enjoy what he does for a living. Levy takes everything in his stride and a smile is seldom far away.

“It’s a really nice golf course and, for me, one of the best we play,” said the 27 year old. “I can’t wait for the Open de France because it’s one of the best tournaments of the year. Being at home provides extra pressure for us but it’s nice to be in front of your fans. We know we have The Ryder Cup in September, so this year will be a little bit special.”

The man who may start as favourite is Spain’s Jon Rahm, already winner of the Open de Espana this season, and somebody who relishes playing in Europel. With his victory on home soil in Madrid, the Spaniard became the third fastest player of all-time to reach three European Tour wins. He struggled horribly in missing the cut at the US Open but, let’s be honest, he wasn’t the only world-class golfer to fall foul of the vagaries of Shinnecock Hills.

Rahm, who secured two Rolex Series wins last season at the Irish Open and the season-ending DP World Tour Championship, Dubai, is looking forward to teeing it up in France.

“I am really excited to once again play in the HNA Open de France. It’s such a brilliant event and one I thoroughly enjoyed last year [when he finished 10th],” Rahm said. “The course was in superb condition and I’m sure it will be just as good this time around. It’s a great place to play golf and I absolutely love Paris as a city with its culture and diverse range of things to do. The French fans are so passionate – you can really feed off their energy around the course.”

“The Rolex Series was a great addition to the European Tour last year and the events now have an added prestige around them. I was lucky enough to win two Rolex Series events last year and I am really looking forward to trying to add the HNA Open de France to my collection.”

It is also no surprise to see Ian Poulter, who is enjoying arguably the best season of his life, in the field. He has already secured his place in the Ryder Cup team and will relish the chance to have a look at the course as the countdown begins to the event that has defined his career.

Jon Rahm. Adores being back in Europe

Justin Thomas. Will be determined to get one over on the Europeans

Tommy Fleetwood. Has no fear

Justin Thomas. Has had an astonishing rise to the top

Alexander Levy. Will be inspired by home fans

Matthew Fitzpatrick. The tougher the course, the more he likes it