Money makes the world of professional golf go around

WITH the Race to Dubai now run for 2017 and the PGA Tour already well into the 2017-18 season, we thought it might be instructional to crunch some numbers on what has been an astonishing year. 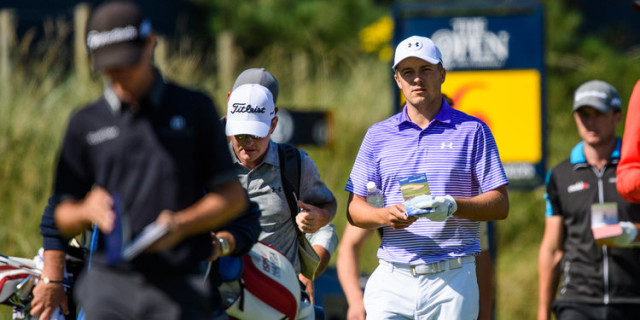 Four players on the PGA Tour won 15 tournaments between them - Justin Thomas (5), Jordan Spieth (3), Dustin Johnson (4) and Hideki Matsuyama (3), while Marc Leishman and Xander Shauffele both won twice. Thomas finished on top of the money list, earning a staggering $9,921,560, with Spieth also winning more than $9m, and Johnson and Matsuyama both topping $8m. On top of that, Thomas collected a cool $10m bonus for winning the FedEx Cup.

It is not bad work, if you can get it. And the truth is that the money on offer on the PGA Tour these days is mind-boggling. How many players do you think earned in excess of $1m in prize money alone last season? 30? Nowhere close. 40? Keep going. It can't be more than 50, can it? Try again. 80? Nope. 90? No way.

Incredibly, 102 golfers topped the million-dollar mark, with Steve Stricker finishing 102nd on the money list with $1,002,036 to his name. That is a pretty impressive return for a part-time player. Stricker only played in 13 events. What it all means is that the day is not too far away when winning $1m over a season will not be good enough for a professional tournament golfer to retain his playing privileges. Just think about that for a minute.


These are scarcely believable numbers. In his entire playing career, Jack Nicklaus earned $5,734,031 - Spieth has already amassed more than $35m in career earnings, with Tiger Woods leading the way on, wait for it, $110,061,012.

Mind you, it is not like that for everybody. Spare a thought for former tournament winner Steven Bowditch. The Australian played in 27 tournaments and collected a paltry $24,650. He made only two cuts, with a best finish of 58th at the Career Builder Challenge. He broke 70 just five times.

Unsurprisingly, the numbers on the European Tour don't come close, but there is still a very comfortable living to be earned by the best players.


Prize money is now paid in euros, and Race to Dubai winner Tommy Fleetwood finished the season having added €5,420,530 to his bank balance. Fleetwood won twice, as did Tyrrell Hatton, Jon Rahm and Justin Rose. Sergio Garcia was the only three-time winner - the Dubai Desert Classic, The Masters and the Andalucia Masters.

Encouragingly for the European Tour and their efforts to keep the continent's best players on their home circuit, the top 40 players all earned more than €1m. The top 60 players in the Race to Dubai all made it through to the lucrative, season-ending DP World Tour Championship in Dubai, with Paul Waring the man in 60th place with €727,000.

Rose is in eighth place with €24,293,151, just behind eight-time order of merit winner Colin Montgomerie.

So the message is clear - if your son shows any promise as a golfer, it might well be worth encouraging him.