THERE is no time for anybody to rest on their laurels. The 2017 season may have just reached its climax at the Dubai World Championship, but the new campaign kicks off immediately at the Hong Kong Open with a surprisingly strong field.

You might have thought that after their exertions in the past month, the leading lights of the European Tour would have accepted the opportunity to take some well deserved time off. Not a bit of it. Tommy Fleetwood, Justin Rose, Sergio Garcia and Rafa Cabrera-Bello have all committed themselves, as has Miguel Angel Jimenez. 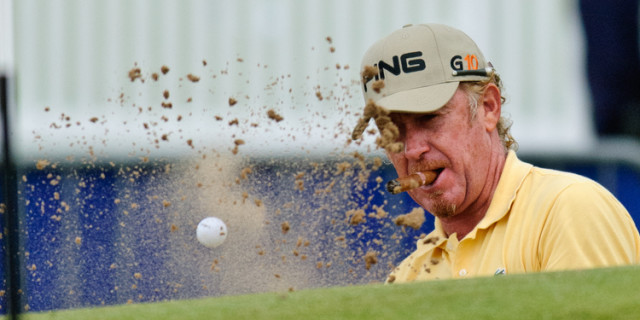 With his playoff win in 2014, 53-year-old Jimenez extended his record as the European Tour’s oldest winner and took his tally of wins to 20, before adding another title on home soil at the Open de Espana later that year. And don't be surprised if he is back in the mix again this week. Jimenez remains a ferocious competitor whose golf swing has not changed one iota over the years.

He said: “The Hong Kong Golf Club is a place where I have enjoyed great success, and I love everything about the tournament. It’s a great golf course where you have to control the ball very well, it’s not a matter of distance, and that makes for an enjoyable week. As usual, there is a great field gathering in Hong Kong, and I can’t wait to return again in a few weeks to go for title number five.”

The course is made to measure for young Englishman Matthew Fitzpatrick. He won the British Masters in 2015, the Nordea Masters and DP World Tour Championship, Dubai in 2016, before securing his fourth career victory at the Omega European Masters in September. He also made his Ryder Cup debut at Hazeltine National last year and is surely a shoo-in for Thomas Bjorn's 2018 team to play the USA in France. 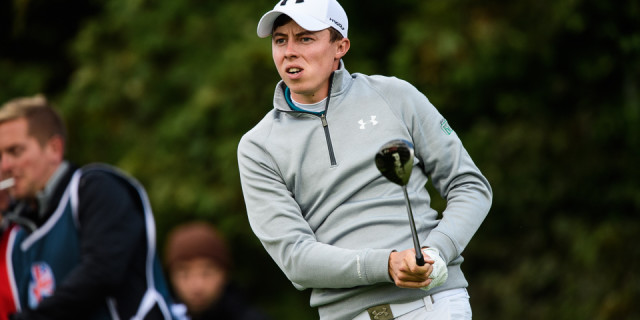 “I’m delighted to be adding the UBS Hong Kong Open to my schedule,” said Fitzpatrick. “I absolutely love the golf course at Fanling – it really suits my game and is one of those courses that always produces drama and excitement for the fans. I finished third at the tournament in 2015 so I am hoping to do a little better this year. I have been playing well recently and winning in Switzerland last month was a huge confidence boost too, so I am looking to keep that momentum going into Hong Kong.”

Fitzpatrick does not hit the ball a long way but he has no other weaknesses. He finds an awful lot of fairways, is a wonderful iron player and has the touch of an angel on and around the greens.


All eyes will be on Rose, who has been in stellar form over the past month or so. He hadn't won since claiming the gold medal at the Olympic Games in Rio last year but changed all that with spectacular successes at the WGC-HSBC Champions and followed it the very next week with victory in the Turkish Airlines Open. The quality of his ball striking has never been in doubt - week in, week out he rifles magnificent approaches to the heart of greens. He drives the ball well - and has become sneaky long in recent years.

If he has a weakness it is with the short stick in his hands. Few players burn the edge of more holes than Rose. Had he been in the same class on the greens as, say, Fitzpatrick, there is little doubt he would have won many more titles. And that has been the difference during his recent run of form - he has putted superbly. The greens in Hong Kong are grainy and provide a unique set of puzzles, but Rose has already won here before and will fancy his chances of doing so again.

The greens should suit Haotong Li, the Chinese golfer who claimed his maiden European Tour title at the Volvo China Open in 2016. He really made people sit up and take notice with his third-place finish at The Open at Royal Birkdale in July, when he finished the tournament with a final round of 63. And returned to that sort of form at the Nedbank Challenge, when he once again coming rocketing through the field with a wonderful final round, this time a 64.

The 22-year-old is not your typical Chinese golfer. He wears his heart on his sleeve and, oddly, talks to his golf ball in English. Li has a terrific golf swing and is beginning to look like a man who could well go on to seriously contend in and win majors. It is safe to say that if he becomes the first Chinese golfer to win a major that his life will change forever.

Paul Dunne already knows what it is like to lead a major. The irishman was the 54-hole leader at The Open Championship at St Andrews in 2015 while still an amateur. He later turned professional and, after showing plenty of promise he broke through at the British Masters at Close House, fending off the challenge of McIlroy with a scarcely-credible final round of 61. His confidence and self-belief have grown since that wonderful week in the northeast of England and he now believes that he can win anywhere on any course against anybody. Like Fitzpatrick, Dunne will want to be a member of Europe's Ryder Cup team and can do himself a power of good towards achieving that goal with a big week in Hong Kong.

Matthew Fitzpatrick. Can putt the lights out

Scott Hend. Adores this part of the world

Miguel Angel Jimenez. There's life in the old dog yet

Sergio Garcia. Never rule him out