THE European Tour returns to one of its most iconic venues as the Omega European Masters is staged at the stunning Crans-sur-Sierre Golf Club, which is surely one of the most breathtaking courses anywhere in the world.

With the Alps as its backdrop, Crans-sur-Sierre is a special place to play tournament golf, and is somewhere Europe's best players enjoy returning to year after year. And why wouldn't they? Quite apart from the natural beauty of the place, the air is thin, which means the ball flies even further, and low scores are guaranteed. If and when somebody finally breaks 60 on the European Tour, the chances are that it will be here.

And the very nature of the course means it doesn't just favour big hitters. The man who wins here is the player with the best imagination and the best short game, as can be demonstrated by looking at the tournament's recent champions. It was won in 2010 by Miguel Angel Jimenez, in 2011 and 2013 by Thomas Bjorn, in 2012 by Richie Ramsay, in 2014 by David Lipsky, in 2015 by Danny Willett and last year by Alex Noren. And the thing all of those fine golfers have in common? None of them are bombers.

World Number 11 Noren returns to defend the title he won 12 months ago in such dramatic fashion, when he defeated Australian Scott Hend in a playoff. It was Noren’s second victory of the year, as well as his second at this event, and he added to that total with two more victories in 2016 before crowning it with his sensational victory at the BMW PGA Championship at Wentworth in May. 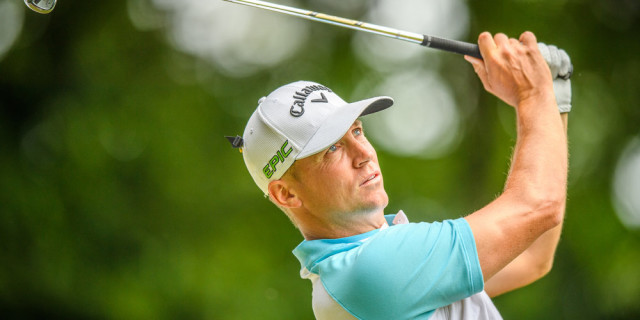 Noren led by two shots with nine holes to play before Hend pulled level over the closing stretch, forcing a playoff. The Swede hit his approach on the first extra hole to 30 feet before holing the birdie putt for a second victory in a tournament he had also won in 2009.

This is a golf course that should be made for Matthew Fitzpatrick, and he has played well here in the past, finishing seventh 12 months ago, having come within a whisker of winning it the year before.

The Englishman won twice last season, at the Nordea Masters and the season-ending DP World Championship in Dubai, and also made his Ryder Cup debut. He was expected to go on and enjoy a stellar year in 2017, but no such thing has happened, and his best finish of the campaign came at the Dubai Desert Classic, where he ended the week in the top five.

The best club in Fitzpatrick's bag has always been his temperament, but he has struggled at times to keep his emotions in check. Clearly, he had high expectations, particularly after a winter during which he worked incredibly hard on his game. But there is good news for Fitzpatrick. He has a glorious short game, arguably the best on the European Tour, and the greens at Crans-sur-Sierre are perfect. If he can hole a few putts early on then this could easily be the week when he turns his whole year around.


It seems slightly surreal that the PGA Tour is nearing its climax with the FedEx Cup Playoffs - including this event, the European Tour still has 11 tournaments to be played before the Dubai World Championship. Luke Donald would much rather be playing on the other side of the Atlantic, but he failed to progress beyond the Northern Trust Open and will be heading to Crans-sur-Sierre instead. 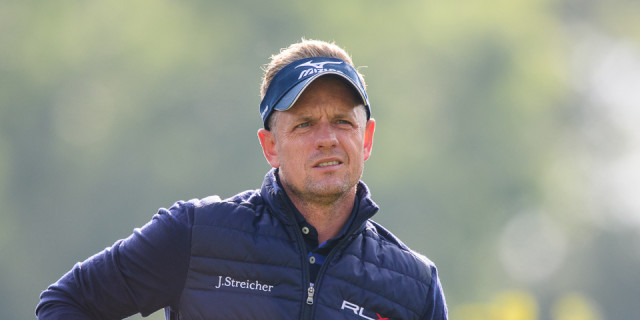 Donald is a former world number one, but those days seem a long time ago. As recently as March 2012, Donald sat at the top of the rankings - that was also the last time he won on the PGA Tour. For reasons known only to himself, the 39-year-old decided that, having reached the summit, it was time to take his golf swing apart and, of course, it all began to fall apart from that point.

He now languishes in 103rd place in the rankings and barely held on to his playing privileges in America. Like Fitzpatrick, Donald is a wonderful putter. He is also a former winner of this tournament, and will arrive in Switzerland desperately keen to produce a big performance.

Donald and Fitzpatrick are not the only men in the field who are looking for a return to form. Two years ago Danny Willett won the European Masters and months later he produced a fabulous final round at Augusta to claim The Masters. That Masters triumph happened barely 18 months ago. Willett was on top of the world, walking on air. What a difference 18 months makes.

There have been times this season when Willett has admitted that he would rather be anywhere other than on a golf course. He has split with his caddie and his coach and, to make matters worse, he has suffered chronic back pain for most of 2017. It is a year that he wants to put behind him and he will hope that memories of his past triumph in Switzerland will trigger some kind of return to form.

The Race to Dubai leader Tommy Fleetwood, returns to European Tour action for the first time since the US PGA Championship, looking for victory at a venue where he has already claimed two top-10 finishes. Fleetwood has had an incredible summer and will be absolutely determined to ensure that nobody overtakes him - winning the Race to Dubai is a seriously big deal for any European golfer.

To Win: Matthew Fitzpatrick. Perfect venue to get back on track

Each Way: Tommy Fleetwood. There or thereabouts every week now

Matthew Fitzpatrick. This place is made for him

Tommy Fleetwood. Determined to win the Race to Dubai

Alex Noren. Due another win

Luke Donald. Do not rule him out

Bernd Wiesberger. Could overpower this course

Lee Westwood. Write him off at your peril

Shane Lowry. Searching for some confidence