Jordan Spieth Opens Door to Number 10 with Moment of Magic

Jordan Spieth produced a moment of magic to beat Daniel Berger and win the Travelers Championship at TPC River Highlands. The two men had finished tied on 12 under par in regulation play and headed back to the 18th. Spieth found himself in a greenside bunker, fully 20 yards from hole. He took a couple of looks, struck the ball and from the moment it landed there was only one possible outcome. The ball duly disappeared into the hole, Spieth threw his lob wedge out of the bunker and crashed into his caddie, Michael Greller.

His latest success moves Spieth to fourth in the FedExCup standings with his second victory this season, and he joined Tiger Woods to become only the second player to win at least 10 times before the age of 24. Spieth joined Justin Thomas (3), Dustin Johnson (3) and Hideki Matsuyama (2) as multiple winners this season. “I'm surprised 12-under won,” he said. “Especially after the first couple of holes. I was rolling and thought we'd get to 16 [under], which was the goal.”

He said that he was proud to have kept his cool despite failing to hole any putts in the middle of the round.
Rory McIlroy, who barely made the cut, produced a wonderful final round of 64 to finish in a tie for 14th place and will head to the Irish Open, where he is both host and defending champion, in good spirits.

Spieth's amazing bunker shot came moments after he got up and down from the same trap to save par and force extra holes.

“He’s pretty good out of bunkers when it matters,” Greller said. “When he was over the second one, I was just having flashbacks to Kevin Streelman making seven birdies in a row [to win the same tournament]. I was like, 'Magic happens here.'”

Spieth birdied the first two holes but struggled for much of the rest of his round. He missed a short par putt on the 14th and thought he had driven his ball into the water at the 15th, only to find the rough had prevented the ball from getting wet. Even on the playoff hole, his drive hit a tree and finished in the fairway when a much worse fate appeared to lie in wait for him.

“This is probably my luckiest win, for sure, with all the breaks I got today,” he said. 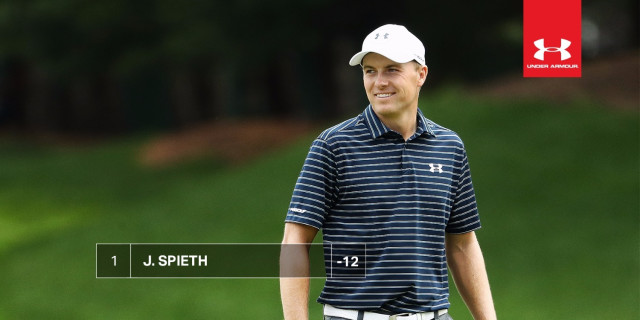 Troy Merritt, who played with Spieth in the third round, said: "He works hard at his game and gets everything out of it that he can. He grinds it out. Every aspect of his game is good, so if one or two are off, he’s still going to be able to make up for it. It was the same kind of thing with Tiger when he played so well.

"The other thing that Jordan special is that when you play with him he really cheers for you. He wants you to do well.”

Charley Hoffman and Danny Lee finished tied for third place on 10 under par, while England's Paul Casey continued his fine run of form to share fifth place with Patrick Reed and Boo Weekley.

It wasn't in the script, but Andres Romero stormed to his first European Tour victory in 10 years at the BMW International Open thanks to a superb back nine, winning the title in stunning style with a birdie at the last to beat Richard Bland, Thomas Detry and Sergio Garcia by a single shot.

Romero emerged on top in a thrilling climax at Golfclub Munchen Eichenried after all four players shared the lead with just three holes to play.

Romero's first birdie of the day came the eighth hole and was immediately followed by another at the ninth. But then came three in a row from the 13th and as the other challengers began to struggle, Romero began to imagine that he could actually win. Detry came to the par-five 18th needing a birdie to force a playoff but he carved his second shot into the hospitality area and could do no better than a pa.

Garcia had played well all week, striking the ball magnificently and putting well but his old Achilles heel struck at the 16th when he missed a three-foot par putt. Bland, playing with the Spaniard, dropped a shot at the par three 17th to see his chances come off the rails.

After Romero had signed for a seven under 65 to set the target at 17 under, Garcia and Bland both required an eagle at the last to take it to extra holes.

Bland’s eagle putt from 12 feet slipped by while Garcia missed the green with his second and they both signed for a birdie at the last and a pair of 69s, handing Romero – playing on an invite in his first appearance on the continent this season – a second European Tour title.

The Argentinian was delighted with his victory. “I'm really happy, after 10 years without winning on the European Tour, and especially here in Germany. It's so nice that my caddie is here as he is also my friend," he said, “I haven't been in that position for a long time, so it felt a little funny, but only on that 18th hole, because I was playing great golf.

“And then I was looking at the leaderboard and I saw that the other guys missed the green on 17, but I didn't want to look at that. I was a little nervous.

“I'm very happy that I'm going to be here on the European Tour again. I enjoy it here and I want to say thanks to the people at BMW because if it wasn't for them – they gave me an invite for this event – I wouldn’t have any category now, and this is going to be life-changing.”

Garcia tried to find the positives. “It was a good week and I obviously fell just short. I felt like I played well enough to win for sure. Obviously there were a couple of missed putts here and there today, and some really good putts that didn't want to go in," he said.

“So it was difficult to get anything going. And then, unfortunately that chip on 18 looked pretty good but it just missed on the right side.

You have to give credit to Andres. With no status, he's neither here on the European Tour or the PGA Tour – to go out and shoot 65 today, I'm happy for him and we'll just keep trying.

“Any time you have a chance of winning, there's a lot of good things. I think that there were a lot of good ones there. I’ve just got to keep working hard and keep putting myself in these kind of situations.”

10 years after his first ET title, @piguromero has win no. 2. pic.twitter.com/mSvHXOCRLb

Bland was devastated not to have landed the title. “I'm pretty gutted, but I gave it a good run. I just got caught in between clubs on 17, and it was the only shot I didn't commit to all day. And even the poor shots that I hit today, I was committed to them, and that was the only one I just didn't commit to," he said.

“So I’m proud of the two shots I hit on the last and I just didn't quite hole the putts, but I'll come back next week and try it again. The form that I've been showing the last three or four months, if someone offered me second place or a putt to make a playoff on 18, I'd probably snap their hand off."

For Detry, it was another big week. The Belgian has played some excellent golf in recent weeks and it is surely only a matter of time before he breaks his duck. “You always have that little bit of a sour feeling in yourself when you finish just short. But overall, I’m super happy with the way I played," he said.

“It's my first top two ever on the European Tour, and it's fantastic. I couldn't be happier and I'm very excited for the weeks ahead. My game is feeling great, and who knows, maybe in the next few weeks I can win.

“I was not really nervous but I was kind of in between clubs and tried to fit in a shot, and the wind was coming off the right.

“You know there are the stands on the left and the water on the right, so you always prefer on the left and you know you have an easy chip for the flag. I dropped it from the hospitality. I didn't have the best lie, and did my best to try and make a four.”