HOW SSP Chawrasia must wish that the European Tour was permanently based on the subcontinent and that he could compete in the Hero Indian Open every week of his life. The diminutive Indian golfer successfully defended the title on the brutal DLF Golf and Country Club, this on top of the four runner-up finishes he has also enjoyed at his national open.

Chawrasia didn't so much win the tournament as destroy the field, finishing seven shots ahead - and that despite dropping a shot at the final hole. He finished 10 under par on a golf course that almost reduced many of the field to tears.

He began the day in a share of the lead but was two ahead of Carlos Pigem, of Spain, when the third round of the weather-delayed event was finally completed.

And when the final round got under way, the 38-year-old took complete control, eventually signing for a 71 on a day when almost everybody else around him was struggling to break 80. He dropped shots at the sixth and seventh holes, but responded with birdies at the eighth and ninth and added another at the 13th.

A dropped shot on the 18th failed to take the shine off a terrific week, as he secured his fourth European Tour title with the highest winning total to par (278) of the 2017 season so far. 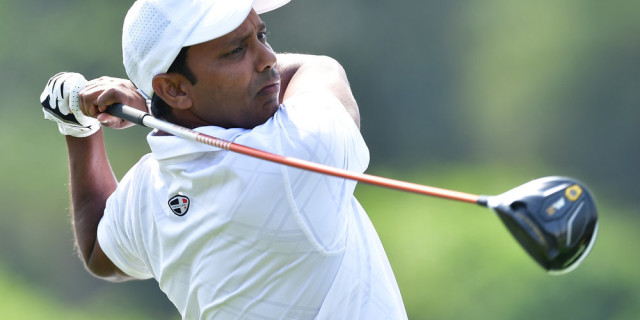 Rookie Gavin Green took second place at three under par. The Malaysian lit up the tournament during the third round on Saturday with a stunning 65, which was and the lowest round of the week, but his challenge faltered with a final round 75 that included five dropped shots. Pigem was in position to share second place with Green but a double-bogey seven on the last meant he shared fifth place with Anirban Lahiri and Rafa Cabrera Bello. Scott Jamieson of Scotland and Italy’s Matteo Manassero were tied for third place at two under par - for Jamieson it helped to erase the memories of his final-round collapse in South Africa last week.

“I’m not comfortable on the course, I’m nervous on every single shot. When I finished the third round, I knew I had a few shots lead into the final round. I didn’t need birdies, I was just aiming for pars in the final round. I learned many things this week and hopefully I can play better in Europe. That’s my target next, I have to win in Europe.

“After the tee shot on 18, now I feel I’ve won the tournament. I struggled a bit on the greens, but I made some good up and downs and good putts. I hit some wrong lines but maybe next year, it’ll get better. It’s still a tough course.”

For Green, the week was a bonus, and a surprise. “I came into the week not hitting it that well. My goal was to make the cut but I somehow found something in the second round and the third round and it clicked well. Fortunately, it was learning again today. SSP played great and hats off to him," said Green.

“Hopefully more of these will come, I was just thankful I was able to play in the final flight and perform decently and not just throw it away. It’s a huge thing for me and a big learning curve.

“I’ve got no more pressure for me and it’s a huge improvement from my point of view as I’ve been struggling to play in the weekend. I just haven’t been able to finish it. To finish second in such a big event is such a huge thing." 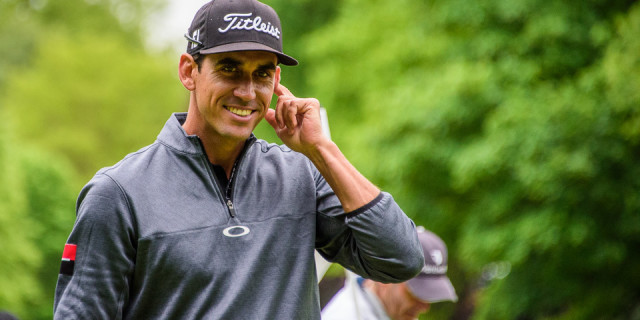 Jamieson said it had been a good week for him. “The front nine was good and I managed to make a few birdies. They dried up a bit on the back nine. The key whenever you are in trouble is just to make sure that a bogey is the worst you’re going to make and pick up some birdies when you can. I was probably a little bit timid on some of my birdie tries that didn’t quite make the hole, but it was a good week.”

It was yet another top-10 finish for Cabrera Bello. “It’s been one of those crazy days. It’s a bit of a summary of the week really. There has been some brilliant stuff in the game and then some horrible stuff. Obviously I fight until the end and had a good comeback after the mistakes," he said.“After the first seven holes today, I am definitely happy with a top ten. At the start of the week I would have liked to have played a bit better and be challenging for the win.”

What's In The Bag:

Many people wonder what the initials SSP stand for. We have a suggestion - Simply Special Player.

Why The Ryder Cup Must Be Postponed

Do We Really Want to Play in Fourballs Again