Pairings - The Importance of Chemistry

IT IS one thing to turn up at the Ryder Cup with 12 golfers; it is quite another to find pairings that will work in fourballs and foursomes. If it were easy then Hal Sutton's "brilliant" strategy of putting Tiger Woods and Phil Mickelson together at the 2004 Ryder Cup would have resulted in the USA thrashing Europe on home soil. It didn't work out that way.

The problem was that Sutton hadn't consulted anybody else and the truth was that Woods and Mickelson couldn't stand the sight of one another at the time. On top of that, they were a disaster as a foursomes pairing because both players went for everything, and that meant they kept putting one another into impossible positions. They weren't much better as fourball partners. Sutton's biggest problem, however, was that he didn't have a Plan B. 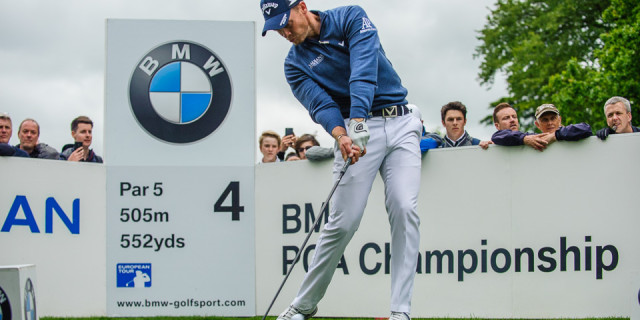 So who are likely to be the men who form Darren Clarke's foursomes and fourballs pairings? Fortunately, he would appear to be spoilt for choice. Danny Willett and Matt Fitzpatrick may be rookies, but Willett is the Masters champion and Fitzpatrick has already won twice on the European Tour and also performed superbly at Augusta in April. On top of that, they both come from Sheffield, know each other and are friends. Both men also hit the ball straight. For Clarke, putting them together in the foursomes is surely a no-brainer.

Sergio Garcia is a veteran of the Ryder Cup. He is also a passionate Spaniard, and that means he is the perfect partner for Rafa Cabrera Bello, who is making his debut and will be extremely nervous. Hopefully, Garcia will take Cabrera Bello under his wing in the same way that Seve Ballesteros did with Jose Maria Olazabal. If they click, they could form a formidable pairing.

Everybody will have their hands up to volunteer to partner Rory McIlroy, but who is Clarke likely to turn to? I believe it will come down to Andy Sullivan or, more likely, Thomas Pieters, of Belgium. Pieters is unlikely to be intimidated by the distance that McIlroy hits the ball because he batters it just as far himself. They would make a near-unbeatable fourball pairing.  And European veteran Lee Westwood just might be the perfect golfer to see Sullivan through the foursomes and fourballs.

Justin Rose and Henrik Stenson have already proved to be a formidable pairing, and were superb in the victory at Gleneagles. Why would Clarke split them? And that leaves Martin Kaymer and Chris Wood. I have to admit that I have some concerns about Wood's form, but he has worked tirelessly to get to Hazeltine and will not let anybody down. And Kaymer is a similar character - nothing gets him down, and he takes everything in his stride.

My money is on Davis Love III, their captain, pairing Rickie Fowler with Patrick Reed - they are similar characters, both passionate Americans who have tasted defeat and desperately want to reverse the trend. Love's problem is that Fowler's recent form has been pretty wretched, and many eyebrows were raised when he was given a captain's pick. But having chosen Fowler, Love will have to play him.

Dustin Johnson and JB Holmes look like a natural fit for the fourballs, with both men hitting the ball huge distances. Johnson is the best golfer on the planet right now and it could be argued that it doesn't matter who he plays with.

Jordan Spieth and Reed are tipped to play together after a fairly successful partnership at Gleneagles, but I fancy that Spieth and Jimmy Walker, who were both born in Texas, will play together in both the fourballs and foursomes. They could prove to be just about unbeatable in the foursomes with Spieth's touch on the greens and Walker's new-found confidence since winning the US PGA Championship. If you want to bore the opposition to death then you put Zach Johnson and Matt Kuchar together, and that is surely what Love will do. Two straighter hitters of a golf ball you will struggle to find and they could work well in both fourballs and foursomes.

Phil Mickelson owes his captain a good Ryder Cup and will surely be charged with introducing Brooks Koepka, the team's only rookie, to the vagaries of the Ryder Cup. Koepka will hope that if they are asked to play foursomes together that Mickelson stops trying to hit the ball as hard as he can

Brandt Snedeker, one of the steadiest players on the US team, and one of the best putters in the world is expected to get the nod to play with Love's final wild card, Ryan Moore. Both are rock steady, both hit the ball straight and both putt well - an ideal foursomes pairing.