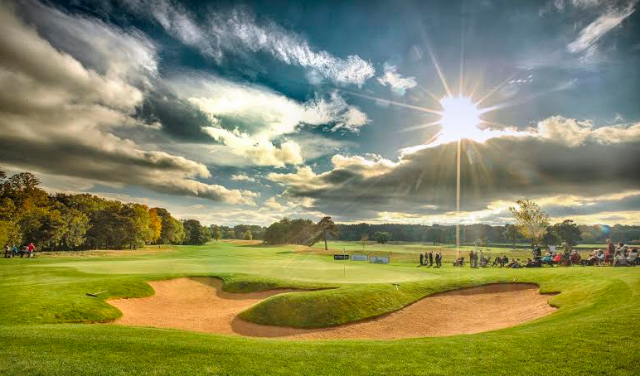 World class golfers will be taking to Rockliffe Hall’s golf course this coming August Bank Holiday weekend as a major tournament tees off in the region.

This year’s English Senior Open event follows the success of the 2013 tour, which attracted over 5000 spectators to Rockliffe Hall, and will be the biggest single sporting event in the North East in 2014.

As well as being able to watch some of golf’s biggest stars in action, there will also be a ‘tented village’ offering a number of attractions including major sporting brands such as Oakley, a chance for people to try their hand at golf in a fun environment, a full-service bar, hog roast and other food concessions.

Well-known North East golfers John Harrison, Graeme Bell and Roger Roper have also been invited to play in the English Senior Open and will be representing their local area against golfers from across the world.

A pro-am tournament will take place the day before the event starts with top names taking on amateur golfers from across the North.

This year’s European Senior Tour English Senior Open at Rockliffe Hall will also include a charity partnership with Catterick-based Help for Heroes Phoenix House Recovery Centre, which works with recovering veterans and service personnel. In the pre-tournament pro-am event being held on the Thursday, Rockliffe Hall will be sponsoring a team from Phoenix House, who have been undergoing a period of intensive golf coaching with Rockliffe Hall’s PGA professionals and Paul Wesselingh, to bring them up to pro-am standard.

Chairman of Rockliffe Hall, Warwick Brindle, said: “To have three Ryder Cup captains at Rockliffe Hall in the year that the Cup returns to the UK is a massive coup for the North East. We’re really excited about hosting the event again and welcoming such a fantastic field of players. It’s not only a boost for Rockliffe Hall but our region as a whole as we continue to strive to put the North East on the golfing map.”

Managing director of the European Senior Tour, Andy Stubbs, added: “After the immense success of last year’s English Senior Open at Rockliffe Hall and the incredible support we got from the North East, it’s going to be great to be coming back again. Rockliffe Hall is a superb course and it really is a five star venue.”